Architects and Where They Lived and Worked 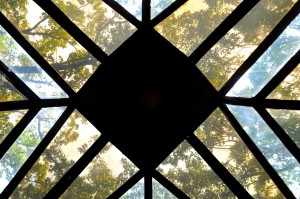 Do you ever wonder about the spaces mid century architects created for themselves?  I do, too, and thought it would be fun to see where many of our favorites lived and worked over the years.  Since we were so lucky to have a ton of very talented architects practicing throughout Oklahoma during those years, this will be a continuing series.

In no particular order, let’s start with a few architects who practiced in some of the smaller Oklahoma towns.

Almost all of Ardmore’s mid-century modern architecture can be credited to one very prolific guy, Harold Flood.  He worked in this charming modern delight located at 1110 Hargrove Street, which I’m assuming he also designed…

… and he lived in this decidedly non-mod bungalow a few blocks away — it’s the little one on the left:

Ada architect Monroe Parker lived for many years in a sweet modest mod at 2024 E. 11th in Ada — on the right:

How cute is this abode?  Love that roofline!

The Ada architect who worked with Monroe and later took over the firm was OU grad and Goff student, Ray James.  I met Ray one day and he drove me all over Ada showing me the mod buildings he designed, and my favorite was, by far, this treehouse he built for himself and his family: 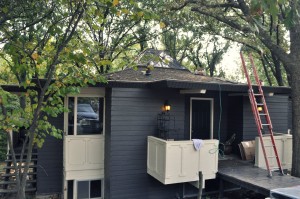 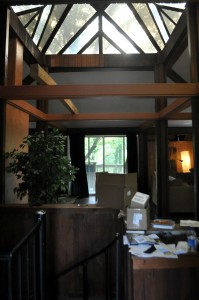 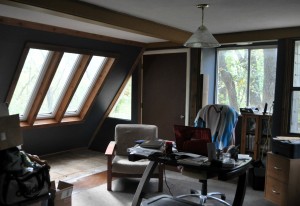 When I toured it, Ray had recently sold it and the new owner was working on it, but you can see that it’s a pretty cool place.  It’s built into a sloping hillside and the main level is in the trees – such a great space!

One of my favorite ever architects was Paul Harris, who spent the latter years of his sadly brief career in Lawton.  He designed a pretty fab modern ranch at 3524 NW Arlington, where he lived until his untimely death from a heart attack in his home in 1958.  I was driving by a couple of years ago and found that the current owner was about to demo the place and replace it with an ugly piece of Dallas-style blandness.  I tried to convince him to keep the home because it was so unusual and had such a nice pedigree, but he looked at me like I was a total idiot.  In spite of that, he was very nice and let me wander around and take photos of the house, which still had a lot of nice original features: 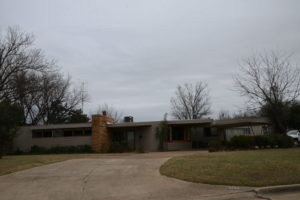 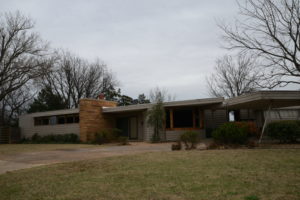 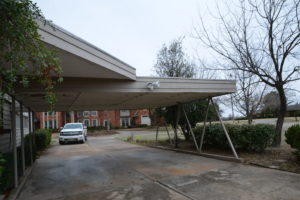 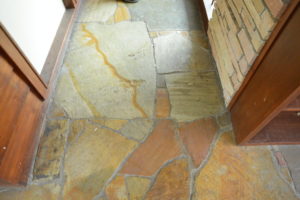 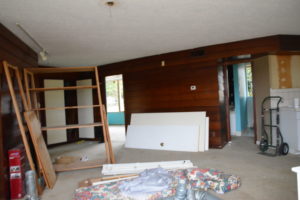 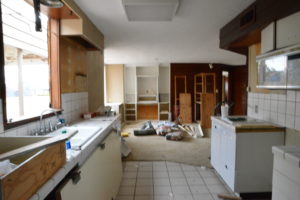 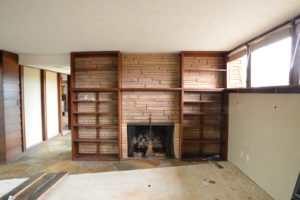 If any Squadder lives in Lawton, please go by and take a photo of the site and let us know what is there now.

Now, let’s get to some local architects.

Duane Conner and Fred Pojezny of Conner & Pojezny officed in a few spaces during their 10 years together as a firm.  From 1947 until 1950, they had an office in the Kerr McGee building downtown: 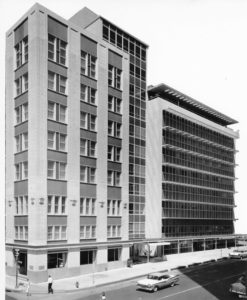 In 1951, they moved into the newly completed Herold Building in Midtown, where they remained for three years: 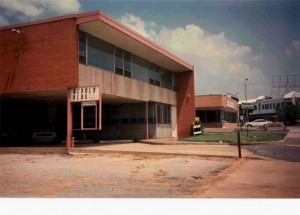 In 1954, they formed a partnership with Benham Engineering and moved into another stilted building, this one on NE 23rd that they designed: 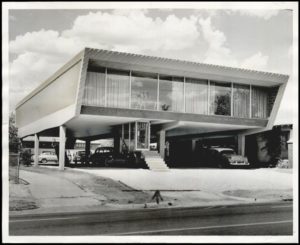 Conner & Pojezny dissolved their partnership in 1955, but Benham remained in the building for several decades.  It was demolished in 2012.

As for their personal homes, both men designed modern abodes in the early 1950s.  Here’s Fred’s home in Nichols Hills: 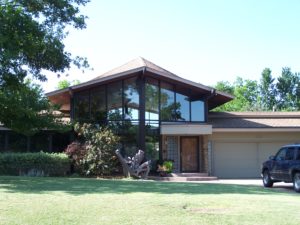 And here’s the home Duane designed for himself and his family nearby in 1951: 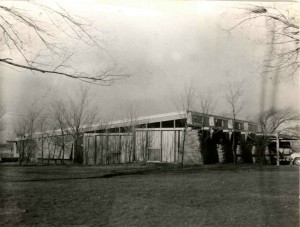 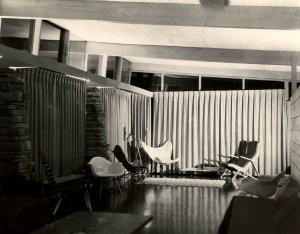 We will chat more about the places both Conner and Pojezny worked after their split in future blogs.

When I first learned where Bruce Goff lived during his OU years, I couldn’t wait to get down to Norman and locate the place.  Needless to say, I was a bit shocked when I drove up to a former grocery store at 423 S. Webster: 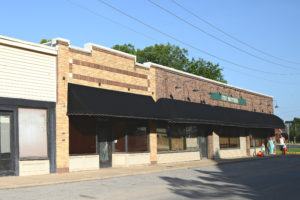 What?  He lived in a grocery store?

I couldn’t believe it and just chalked it up to a typo in the vintage OU directory where I found the address to begin with.  A couple of years later, however, I learned from a Goff student that he did, indeed, live in an old grocery store during those years and frequently hosted soirees with students and faculty and even a concert or two.  One person told me that Goff’s pal, Duke Ellington even played a little jam session in the former store.  I wonder if the current owner knows of the remarkable history of this little building….

Of course, we all know that after his time at OU, Goff headed off to Bartlesville, where he worked and lived at the famed Price Tower until 1964 or so: 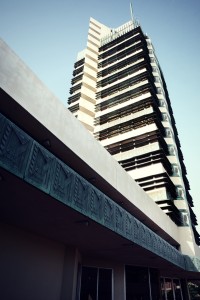 We will visit more of Goff’s and other architects’ living/work spaces in future blogs in the series so stay tuned!

On the Market: So Many Reasons to Love George Seminoff’s First Creation 1950s Fashion from the Oklahoman Archives
Click here to go back to previous page