Motorcycle Racing in Oklahoma After WWII 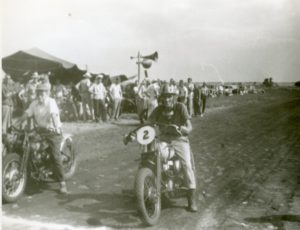 Remember when I started the Southwest Sweepstakes blog and stated that I couldn’t think of anything to tie it to our preferred mid century era?  Well, I thought of a kinda connection.  A couple of years ago, I found a collection of photos of motorcycle events around Oklahoma that took place in the late 1940s and early 1950s and thought I’d share them with you as a follow up to the Southwest Sweepstakes blog.

The handsome dude in the photo above was R.L. Moore, who raced in the ’40s and ’50s and then ended up being a race official after that.  He was a member of the Sooner Motorcycle Club and the Capitol City Motorcycle Riders Club.  (I also found mention of a couple of other Oklahoma clubs — the Enid Dragon Motorcycle Club, the Muskogee Motorcycle Club, and the Pond Creek Roundup Club among others).  Many club members were World War II vets who found their passion while riding bikes during the conflict and continued to have the need for speed after they returned home.

Ole R.L. also served at the national level in the American Motorcycle Association (now American Motorcyclist Association) organizing events and recruiting new members.  Here are a few images of R.L. racing on different types of tracks, including the uphill climb, in 1949: 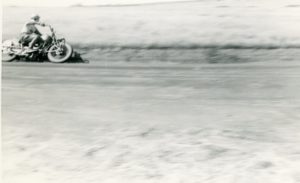 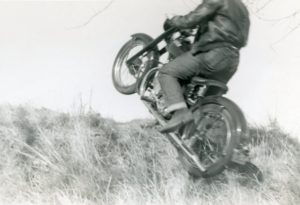 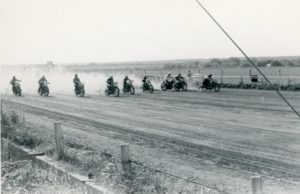 He got a little decapitated here: 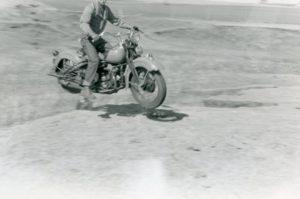 This one of some women racers and supportive wives might be my favorite photo of the lot: 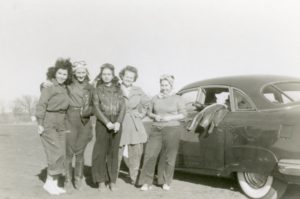 How badass are they? 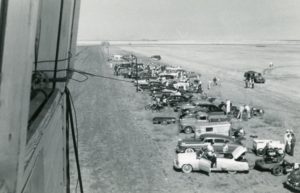 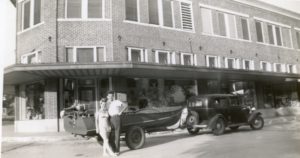 Love the photo of R.L. and his bathing suit-clad wife on their way to the lake.

These were also taken in the early 1950s: 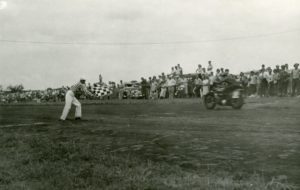 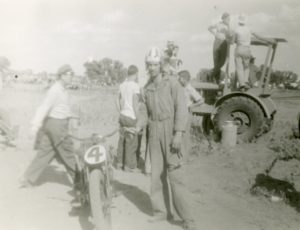 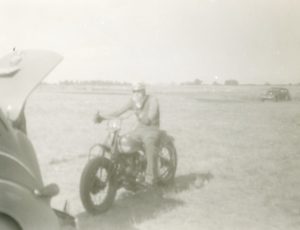 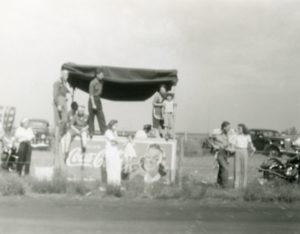 And this last image was taken in the early 1960s: 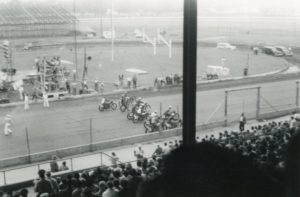 During this era, races were held on a regular basis at tracks around the state, including in Stillwater, Norman, and the Chisholm Trail track in Pond Creek.  Prior to 1955, many Oklahoma City races took place at the old fairgrounds track, and I also found mention of some at the NW Speedway.  After the Grandstand was constructed at the new State Fair Park in 1955, many events happened there.

These days, there’s still motorcycle racing going on throughout the state, although it isn’t quite the draw it once was.  Go here to read about one such race at Remington Park.

And that wraps up our series of racing blogs … at least until I find a new batch of photos to share with you.

Remembering the Southwest Sweepstakes Race of 1915, part 2 A Look at the Enchanting Hull House
Click here to go back to previous page