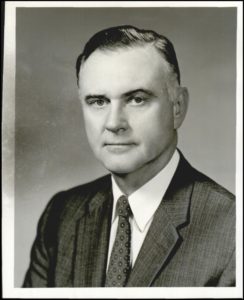 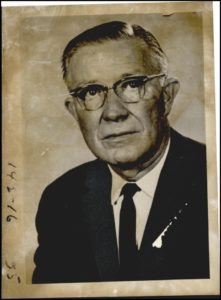 James K. Wright (first photo, above) was born in Tuttle in 1910 and graduated from OSU in 1932.  He served in the Navy during World War II and formed Wright & Selby in 1947 with Arkansas native, Lennon Selby (second photo, above).  Wright was president of the Central Oklahoma chapter of the AIA in 1959 and 1960, and Selby was president of the Construction Specifications Institute around the same time.  Under their tutelage, the firm was very busy and successful, with the men designing everything from homes to schools to a Girl Scout camp to a resort.  Selby died in 1968, and Wright kept the firm going until his own death in 1985.