You find so much fun stuff on the internet!  Recently, I was wasting an afternoon browsing around and stumbled across this Pick-Ups magazine.  Although it sounds more like a sleazy smut periodical from years gone by, it was actually a publication put out by Western Electric that was “devoted to the development of sound transmission” — 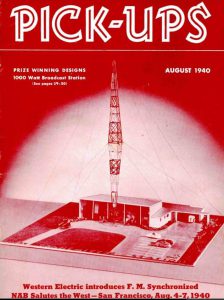 This issue highlights the winners of a competition to design a 1,000-watt broadcast station.  The winner’s design is featured on the cover; his name was Louis Shulman, and he was an architecture student at New York University: 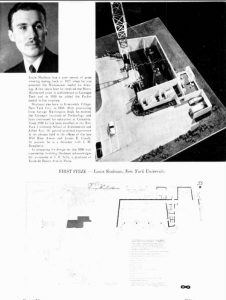 Several New York University students won honorable mention awards for the station, but among them was OU’s own Julian Vahlberg.  Here’s his design: 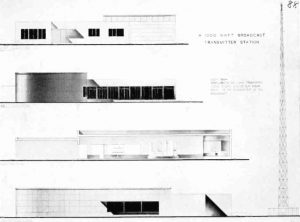 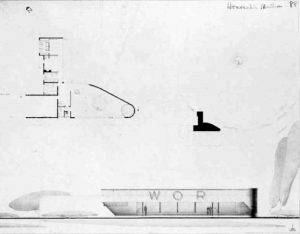 Yeah, I know, the images could be better.

Julian Vahlberg graduated from OU in 1941 and went on to become a very successful architect in OKC and worked with his brother, Robert, for many years.  Their uncle, Walter, was also an architect, so the love of design ran in their family.  Notable projects of Julian’s include the much-loved and sadly demolished Herold Building and the very space-age Russell Babb Elementary in Harrah.

If you’d like to look at the entire Pick-Ups magazine (it’s really interesting), it’s located on americanradiohistory.com. 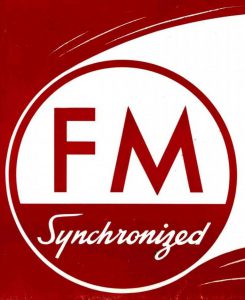 The Plaza Tower Hotel: Designed for the Weary Travelers in Mind Saying a Sad Farewell to the Allied Building
Click here to go back to previous page