Just 10 miles east of Woodward sits the tiny farming community of Mooreland.  With just 1,200 people calling Mooreland home, I was more than a little surprised to find so much mid-century modern architecture in this small hamlet that covers less than a square mile.  Let’s start with the fabulously Streamline Moderne hospital: 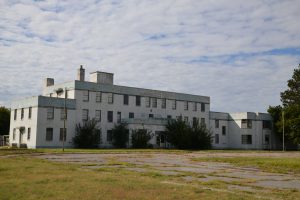 Designed by Ed Hudgins of Hudgins, Thompson & Ball, this lovely WPA-sponsored building opened in 1941 and served the community until owners filed bankruptcy in 1985.  Since then, it has been sitting and slowly rotting away, and while there have been rumors over the years that it will be repurposed, this lovely building still waits to be useful again.

Mooreland also boasts a couple of modern schools that were designed by Jack L. Scott, the beautifully scalloped elementary school, which was built in 1970… 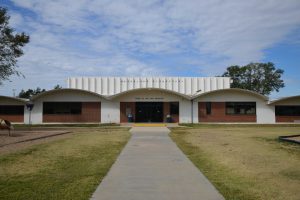 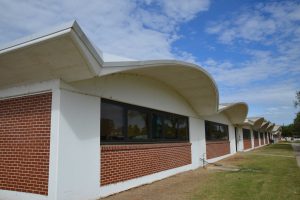 … and the similarly styled high school that was constructed in 1958: 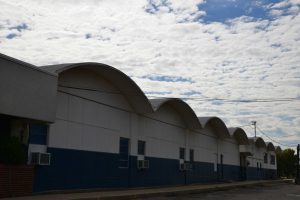 Sadly, a newer and much less interesting building has been constructed around this scalloped beauty so you can’t see how cool it once was, but there’s enough there to imagine…. 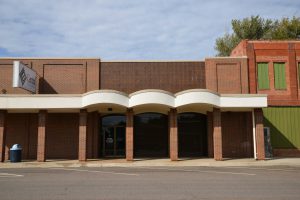 And I really love what was once a grocery store but is now a florist’s shop: 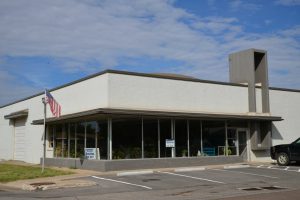 For such a small town, Mooreland is home to quite a few classic cars, too: 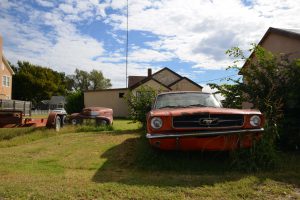 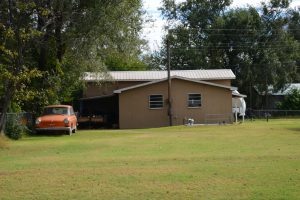 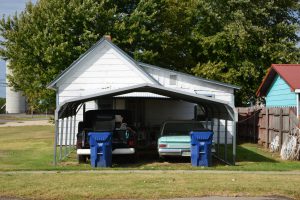 That’s a lot of great eye candy for a tiny speck of a town, wouldn’t you say?