To me, there is nothing better than going out on a photography safari and stumbling upon an old sign with crazy angles and peppy typography that harkens back to the space race days when we really thought that the future was now.  You can still find a smattering of these odes to the halcyon days of yesteryear scattered around town, but with times a’booming here in the big city, many of our iconic signs are coming down as long-neglected buildings are being renovated or demolished altogether.  Here are some gems that we’ve lost over the last several years: 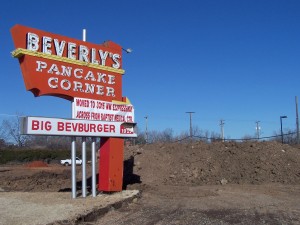 The last original Beverly’s sign (sans the round rooster) after the Pancake Corner was demolished in early 2008.  The sign would soon be gone, too, although the rooster now rests in the window of the new Beverly’s restaurant down the street at NW Expressway and Villa: 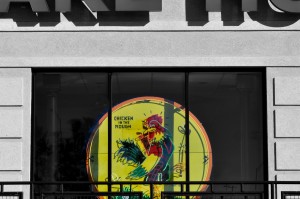 I loved the food at the yummy Golden Palace restaurant on NW 50th and Shartel almost as much as I loved the sign: 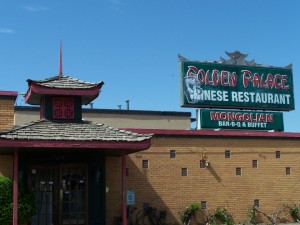 The Lockheed Shopping Center sign in Midwest City screamed all kinds of mid-century goodness, didn’t it? 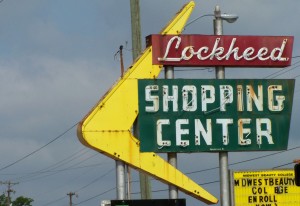 While the old Grace Cleaners sign on Main Street downtown is still around and has been very lovingly re-adapted, it’s good to see the original again: 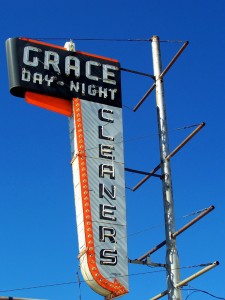 How cute is this one?  I think the company is still there on Linwood, but this lovely and very literal sign disappeared around 2009: 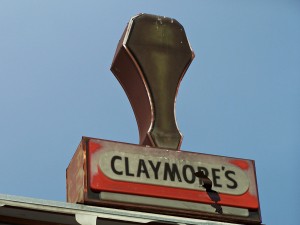 Unfortunately, I never snapped a shot of the great old Ouy Lin neon sign that stood on the street at NW 10th and May (although I heard that it ended up in private hands somewhere in Edmond, where it is safe).  However, I did get a photo of this sign before it came down a few years ago: 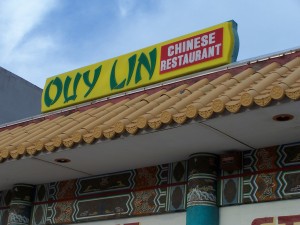 And, here’s one of my very favorite signs EVER, the old Drexel Cleaners behemoth on NW 23rd just west of May: 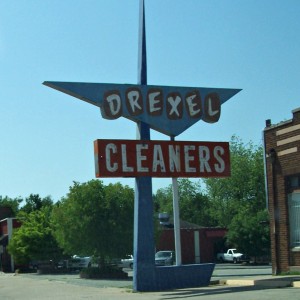 Oh how I screamed the day I saw this Googie beauty painted over and covered with an ugly and completely unimaginative banner: 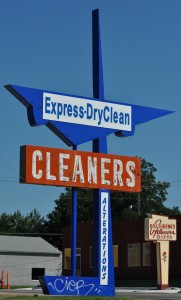 As an aside, I felt a bit better when I recently bought a fascinating book on signs and storefront design called Signs, Streets, and Storefronts: A History of Architecture and Graphics Along America’s Commercial Corridors by Martin Treu: 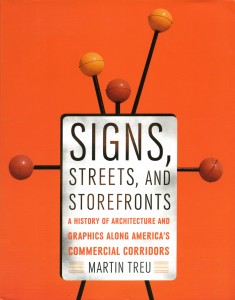 This book is a must-have for anyone who loves storefront and sign design — it’s a great read!  As I was skimming through the book on my initial look-through, I was taken aback when I turned the page to find this, the Drexel Cleaners sign in its heyday: 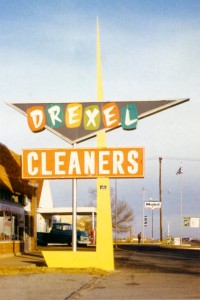 I don’t think I’m exaggerating when I tell you that my heart skipped about 12 beats when I saw this and I squealed with delight like my teenaged boys do just before a new episode of “The Walking Dead” comes on.  Oh, how lovely, how sexy, how totally …  deliciously … GOOGIE!!!

The book includes a plethora of Googie delights from Central Oklahoma, all of which Mac Teague of Mac’s Signs designed and constructed in the ’50s and ’60s.  Here are a few more in the book: 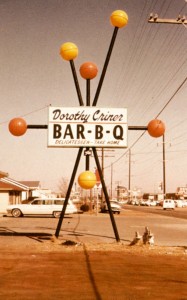 Recognize this one as the cover design for the book?  Love that Tinker Toy look!  But wait, there’s more: 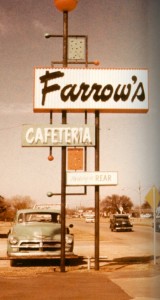 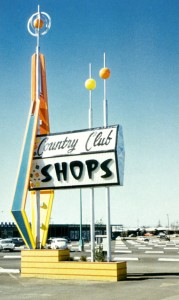 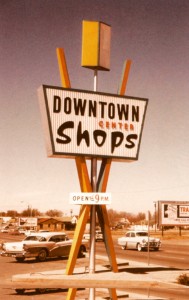 Are you bleeping kidding me?  That killer Country Club Shops delight was HERE???  And some dummy took it down?!

After obsessively looking through the book for more of Teague’s work (and not finding any, darn it), I decided to search through the Oklahoman archives, where I learned that Mac started his career as a sign painter in 1950 in his hometown of Durant.  He moved to OKC in 1954 to work at Tinker while also studying art at OCU.  Soon, he started his own sign company out of a building at NW 10th and May, but the business grew so rapidly that he moved to a larger space at 4208 S. May, which was then a dirt road out in the middle of nowhere.

This must be a day of asides and digressions because here goes another one.  When Mac decided to expand his shop and showroom, he asked a young OU architecture student named Gary Cooper to design the building — perhaps it is appropriate that the young architect shared a name with the actor who played the uncompromising and somewhat irritating Howard Roark in the movie, “The Fountainhead.”

Fellow OU alumni and Goff student, Bob Bowlby, photographed the sign shop soon after it was completed in the mid-’60s, and it was truly something special: 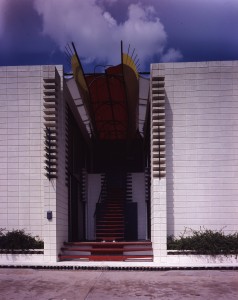 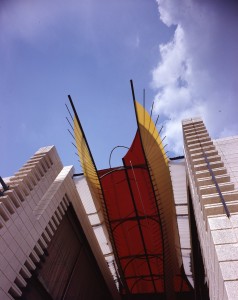 I said it was special, didn’t I?  That hardly describes the holy-crap-this-is-the-most-amazing-building-I’ve-ever-seen reaction I had when I first saw these images — no wonder Bruce Goff told many friends and students that Gary Cooper had great potential as an architect. (Cooper went on to work with our old buddy, Ray James, in Ada, but as far as I know, this was his only individual design.)

Today, the building is still home to a sign shop and retains its original look, but it could use a coat of paint or two and it would be great to see the wing-like awning restored: 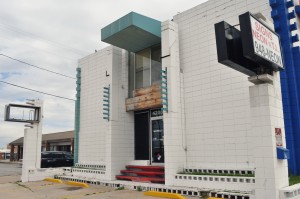 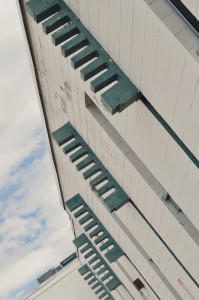 Yeah, even in its tired state, that’s still a big wow of a building, I think.

Digression over — back to Mac now.  He spent the rest of his long career in his spectacular shop, making signs and later starting another company in the same space manufacturing purple martin birdhouses.  Perhaps not surprisingly, Mac won many design awards for his unique and wondrous signs, which he made “on the theory that a sign has got to pull in more business than the sign costs (the customer).”  I’m sure his signs celebrating all things colorful and optimistic pulled in a ton of business for his clients.

If you’d like to see more of Mac Teague’s work, have a look at the April 2013 issue of the Oklahoma Heritage Association’s Oklahoma magazine; there are all kinds of examples of his great work, most of which is, sadly, gone:

If you’re thinking a book of Mac’s fantastic signs is in order, you’re not the only one.  I am, too!

It seems that, with all of these asides, I’ve run out of time today and haven’t even scratched the surface of all I wanted to share with you.  I guess that means this will be a two-part blog with more great signs coming up next week!