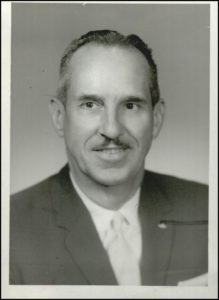 Robert Dunlop Stone was born in Salina, Kansas in 1905 and graduated from the University of Illinois at Champagne-Urbana in 1930.  He received his architecture degree from OSU five years later.  After graduating from OSU, he went to work for the National Park Service, where he remained until 1941.  Over the next decade, Stone worked as a senior architect for Sorey Hill Sorey, Parr & Aderhold, and Coston & Frankfurt.  He also spent a year working in Bartlesville with Thomas Holifield before he returned to the metro and set up his own practice.  He died in 1978.

In Memoriam: Buildings We Lost in 2015