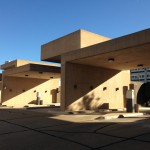 With floating prestressed concrete slabs that seem to defy all laws of gravity, the Brutalist gem that is the First National Motor Bank is a truly remarkable piece of architecture.  It was designed by Bill Howard and it replaced an earlier version that was located at 119 W. Main across the street from the gorgeous First National Bank Building.  Here’s a pretty fantastic ad that appeared in The Oklahoman soon after its completion in 1956: 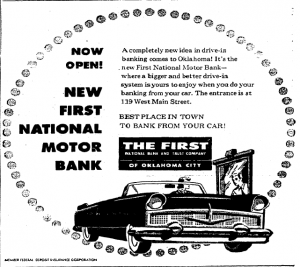 As new towers sprouted along Main Street in the ’60s and early ’70s, the need for more parking in the heart of downtown grew considerably, so the original motor bank was demolished for a parking garage and a new drive-thru was constructed a few blocks away.  Since Bill Howard of Howard, Samis & Davies was in the process of designing the third and last building of the newly named First National Center, it’s possible that the firm designed the new motor bank, too.  Whoever designed it, the result was a practical, low-maintenance structure that could have appeared heavy and foreboding with all of that concrete — like so many Brutalist buildings do — but comes across as light as air with those fantastic floating slabs.  Here’s an ad from 1973 inviting customers to bank “under our arches” — 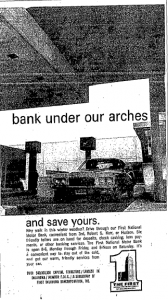 And here’s a curvy vintage Stutz juxtaposed with the strong lines of the drive-thru around the time that the building’s striking architecture was featured in the October 1975 issue of Banking magazine. 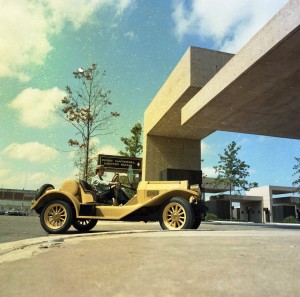 The drive-thru remained open long after First National Bank dissolved in 1985 and turned into a Bank of America branch, but it finally closed for good a few years ago.  The site is now being eyed for more dense development, so the First National Motor Bank will likely be history soon. 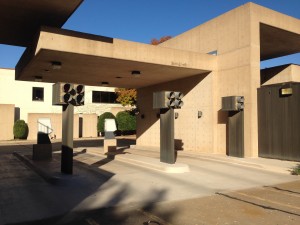 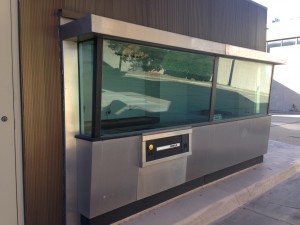 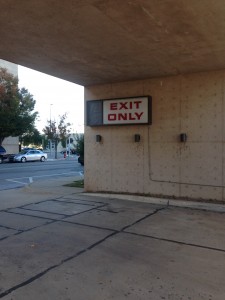 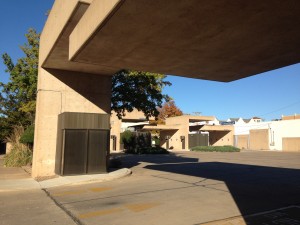