Saying a Sad Farewell to the Bethany Library

text and photos by Lynne Rostochil.

Darn it!  I hate doing posts saying goodbye to the Metro’s mid-century modern buildings, and this is the second one in a row.  This time, we are bidding farewell to the small-but-sweet Bethany Library: 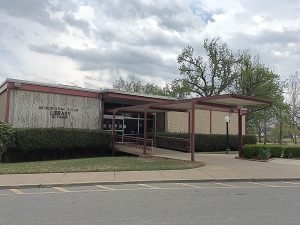 A few months later, the final design appeared in the Oklahoman:

Interestingly, Bowman included in his plans the possibility for expanding the library in the future: 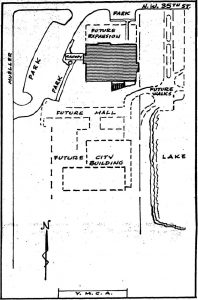 The 8,400 sf building was built in the developing municipal center complex and was constructed for $175,000, which included furnishings and the first 10,000 books.  In addition, the Bethany Kiwanis Club sponsored a book drive that added 15,000 volumes to the new library’s collection.  When the library opened in January 1965, here’s how the interior space was laid out: 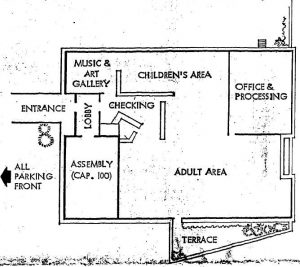 Visitors crossed a cute little bridge to get into the building: 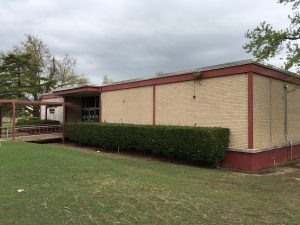 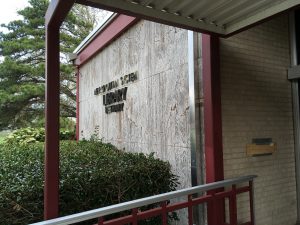 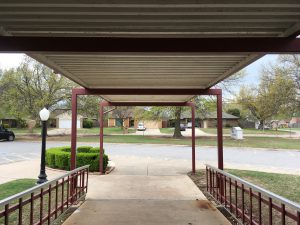 Ray Bowman designed several buildings on the SNU campus, and the long awning jutting out from a simple box was certainly one of his big trademarks.  There are still several examples of this distinctive feature on the university campus: 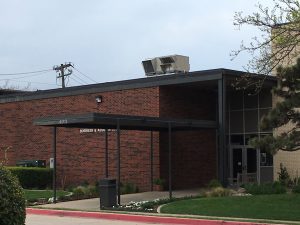 Back to the library…. 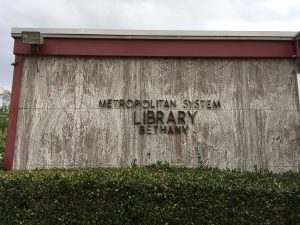 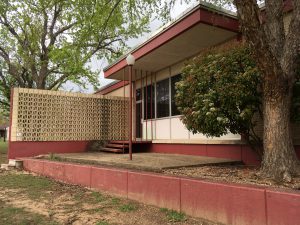 With suburban sprawl sweeping through Bethany in the ’60s and ’70s, the library soon became one of the city’s busiest, and now the building is woefully inadequate for the heavy demands put upon it.  So, voters passed a $8.18 million bond in 2016 to construct a new building that will be three times larger than the original.  The new building’s 23,000 square feet will be able to accommodate 40 computer terminals (compared to just 11 now) for kids, teens, and adults and meeting space for 250 people.  In addition, there will be study rooms along with a drive-up drop-off window, and the library can grow its collection from 58,000 items to nearly 90,000 with the expansion.  Designed by Dewberry Architects, the new building isn’t horrible at all:

While I understand the need for the new building, it will be sad to lose this MCM gem.  Someone please save those breeze blocks! 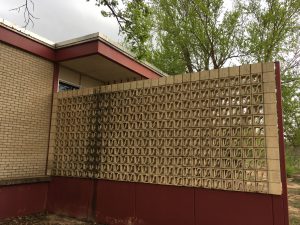 Saying a Sad Farewell to the Allied Building Beautiful Fare for Everybody: The Vahlberg House in American Home Magazine
Click here to go back to previous page