Several years ago, my mom gave me a pile of ephemera from her high school and young married days in the early 1960s.  One piece of paper particularly interested me — a yellowed menu from a place called the Buddhi: 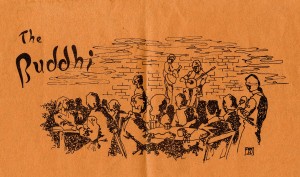 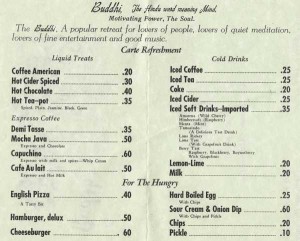 I had never heard of the place, asked my mom about it, and was surprised when she said that she and my dad hung out there quite a bit, sipping on Cokes (because neither of them were big coffee drinkers), and catching many a performance by up and coming folk musicians.  Intrigued, I decided to find out more about the Buddhi.

The story of the Buddhi actually starts with a previous incarnation of the coffee house, the Gourd, which was located at 53 Broadway Circle in Midtown — here’s a photo of the Gourd in 1960: 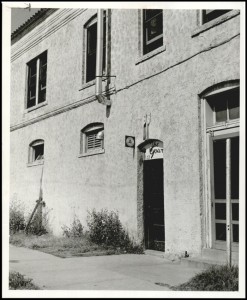 OU student Steve Brainard and his father, who everyone lovingly referred to as Pops, opened the Gourd when Steve decided to drop out of college to pursue a career as a folk musician. 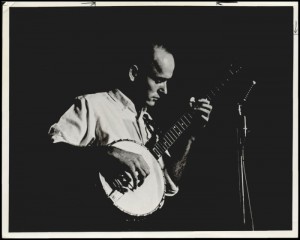 Pops and Steve rented an old ice house and “Steve hung jute netting to hide the cracking plaster and ceiling, built a raised ‘stage’ at one end and hung lawn lights to shine on it.”  Despite the sparse decor and luckily for Steve and Pops, folk music was at the height of its ’60s popularity and the small club that seated a mere 50-60 patrons and charged just $.50 admission opened in 1959 to instant success.  Soon, three of Steve’s buddies — Mason Williams, Baxter Taylor, and Bill Cheatwood — came on board as the house band, the Wayfarers Trio.  The three even recorded an album at the tiny coffeehouse, “Folk Music As Heard at the Gourd”: 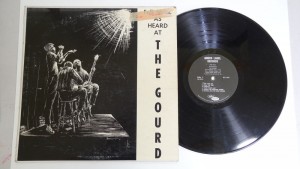 Here’s a photo of the Wayfarers Trio (l to r: Bill Cheatwood, Baxter Taylor, and Mason Williams) performing at the Gourd with friends Johnny Horton and owner Steve Brainard: 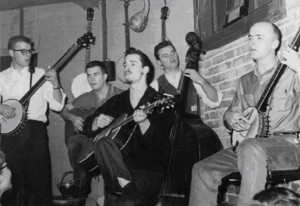 By early 1961, the Gourd had attracted so much attention and was so favorably compared to other establishments around the country that a detailed sketch of the place was recorded in the Oklahoman by a travelling Beatnik named John Gumm, who wrote an article comparing the Gourd to some of the coffeehouses in Chicago.  He stated that the Gourd, “gave no clue (to its importance on the national folk music scene).  Here were the candle lights, the rough decor, the easy atmosphere, the bitter coffee, the folk singing and the recorded music of any coffee house.  The waitress was sensational, but neatly groomed.  The walls — behind the burlap draping, the bullfight posters, and the candle smoke drawings — were unfinished.  The cement floor was (and is) about as even as a Wichita Mountains trail.”

The reporter went on to talk about Steve Brainard, saying that “I have never seen a folk entertainer who was able to gain so uncanny a rapport with an audience.  Aside from his command of the guitar and banjo and his soft tenor voice, Steve just has the personality to turn casual listeners into ‘enthralled’ regulars.”

By the time the article appeared, however, Steve Brainard had moved on from the Gourd to open the much larger Buddhi a few blocks away at 919 N. Hudson.  Under new ownership, the Gourd became the Abstract Coffee House, but the tiny venue didn’t last long: 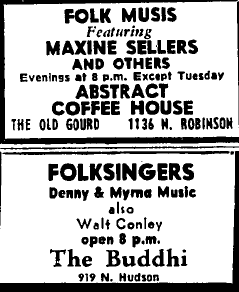 As for the Buddhi, the new coffeehouse boasted a bigger stage and seating for 200, and for the price of a movie ticket, fans could enjoy the musical musings of such future superstars as Judy Collins: 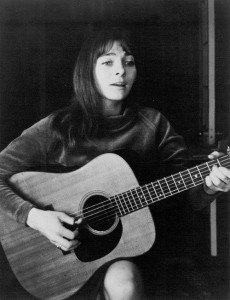 Poor Judy.  The first Oklahoman ad I found of her appearing at the Buddhi contained this unfortunate but pretty funny typo:

Uh oh!  By the next edition of the paper, it had thankfully been corrected:

Judy obviously was good natured about the incident and appeared at the Buddhi many more times over the next few years, even hosting a few special children’s concerts on otherwise quiet Sunday afternoons at the club.  Children’s concerts weren’t the only “extras” that the Buddhi offered.  During the day when there were no concerts, judo classes were open to anyone interested in attending.  Also, a series of “Self Expression Workshops” took place in which actors, singers, dancers, instrumentalists, composers, writers, poets, artists, and photographers were invited to “display their wares in this completely artistic endeavor.”  The idea was to have all of these creative minds come together on a Sunday to come up with some kind of performance/show/reading that would be performed on Monday before a live audience.  Sounds daunting but a whopping 56 artists signed up to do the first workshop, and after the performance, one event organizer enthusiastically exclaimed that “talent is running wild in the streets of Oklahoma!”  Apparently so, because the Self Expression Workshop became a semi-annual and very successful event at the Buddhi.

Two of my personal favorite musicians who played at the Buddhi were native Oklahoman and all-’round awesome guy, Hoyt Axton and the bluesy, husky-voiced Judy Henske (click their names to listen to a track by each).  All of the women in my family have had huge, lifelong crushes on Hoyt Axton: 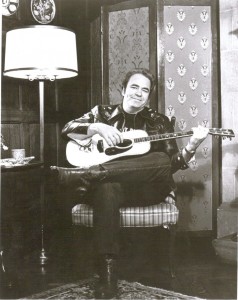 I mean, how cute and cuddly and sweet and good natured was this guy?!  Sure do miss him….

Other performers who played at the Buddhi were Pete Seeger … 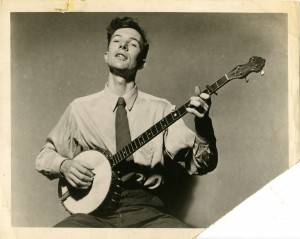 … and perennial 1960s favorites, the hilarious Smothers Brothers before they hit the big time with their controversial and totally innovative TV show at the end of the decade: 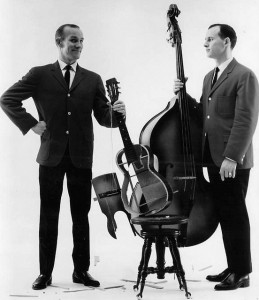 Maybe the Smothers Brothers and Mason Williams met up at one of these early concerts.  Williams went on to be a comedy writer on their show years later.

Steve Brainard was drafted into the Army not long after the Buddhi opened and returned often until he decided to make the move to California to pursue his musical career even further.  The Buddhi closed for a bit in 1964 then reopened with Pops running the place alone.  It must have been renamed the New Buddhi then: 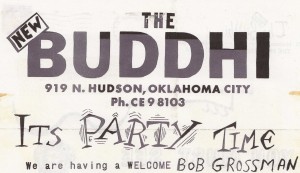 After a couple more years, Pops closed the still-popular coffeehouse for good in about 1968.  One other 1960s coffeehouse, the Black Brick, which was famous for its non-alcoholic fruity drinks and loungy floor pillows where people could relax and hang out, was located in a decrepit garage near the OCU campus on McKinley.  It lasted a bit longer but I believe it closed in the early 1970s.  The garage is long gone and the site has been gobbled up by the university.

As for Steve Brainard, he continued with his music until settling down to get married and have kids.  He eventually ended up back in Oklahoma in Guthrie.  Here’s a last photo of Steve and the Wayfarers gang preparing for a performance at the Buddhi in 1961: 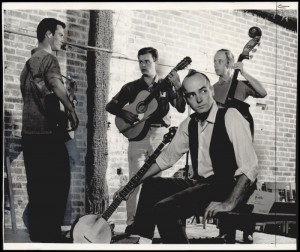 You can read more about the Gourd and Buddhi and the acts that played at each place here.  Also, local writer and photographer John Gumm wrote a several-part article about Beatnik hangouts around the U.S. — read his entry about the Gourd here: 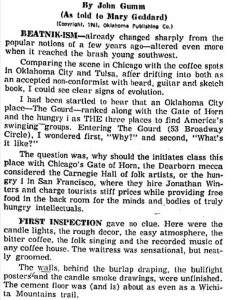 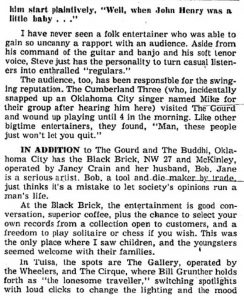 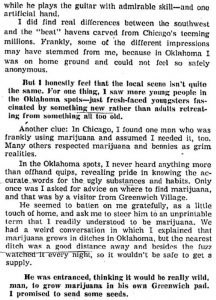 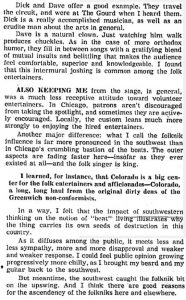 Signs o’ the Times in Small Town Oklahoma On the Market: A To-Die-For Mid-Mod in Midwest City
Click here to go back to previous page