Lucky Number Seven is the Charm for the Keso Clinic

If you’re driving along NW 50th just west of Hefner Parkway, you’ve probably noticed what looks like a duo of cozy, pitched rock buildings hiding at the back of the lot behind tall, protective trees. 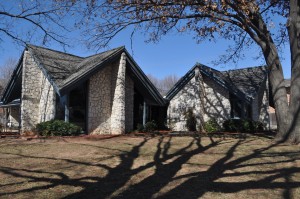 If you’re like me, you’ve long admired the stylish drama of this subtly mod building — yes, it’s just one building and not two — and have wondered what lies within.  Well, thanks to Mod Squad member, Blair, who put me in touch with his dad, the owner of this beauty, I got to tour the building and learn its fascinating history.

Dr. Larson Keso is a much-honored orthodontist who has helped revolutionize his industry, he’s an amateur historian with quite a library of vintage reference material related to his profession, he’s a true lover of architecture (as you will soon see), and he’s a happy jokester and tale teller whose life stories would make for an adventure-filled novel if he ever gets the time to sit and write them down.  It was a real treat to get to spend a couple of hours with Dr. Keso and hear the story about the clinic his business has called home since 1966.

After graduating from OSU and serving a stint in the Armed Forces in Okinawa, Keso returned to the States and finished up his studies as Washington University in St. Louis.  After graduation, he and his young wife returned to Oklahoma, where he began his practice in a little bungalow down the street from his current office.  A few years later, the building’s owner wanted to take over the bungalow for his own practice, so Keso hired OSU alum (class of ’50), Bill Halley, to design a clinic on land he had purchased soon after arriving in the Metro.

Keso wanted something modern but timeless, and Halley, who worked for such established firms as Sorey Hill Sorey and Parr & Aderhold before earning his license and going out on his own in 1960, was the perfect choice.  Halley came up with a flat roof design that would have thrilled most clients: 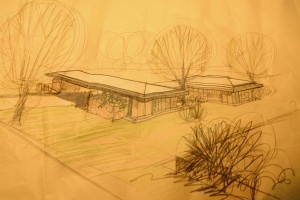 Keso, however, wasn’t impressed with this one — not timeless enough, he said.  So, Halley went back to the drawing board … again and again.  Here’s another early design, which I definitely like better than the one above.  I mean, who doesn’t love a hyperbolic paraboloid?

Keso wasn’t as enamored, though, and nixed this design, too.  Finally, after six failed attempts, Halley came back with this drawing: 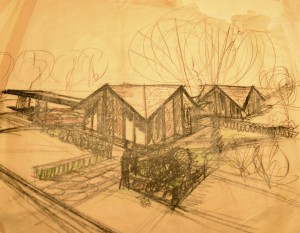 Now that was more like it, Keso exclaimed, and Halley surely breathed a huge sigh of relief knowing that lucky #7 was the charm!  Here’s another rendering of the final plan showing the distinctive awning to the parking lot:

And the real thing: 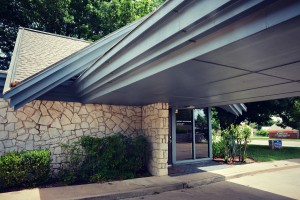 Here are a few more drawings in Dr. Keso’s collection: 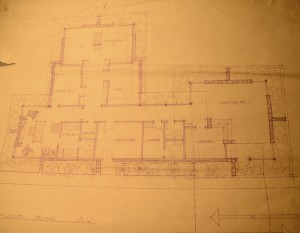 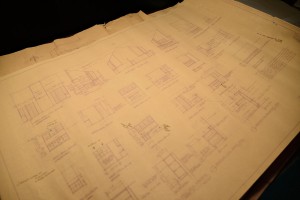 Once he approved the design, Dr. Keso then got to do the fun stuff like choose the rock that would comprise most of the building.  He picked a pink quartz from Florida and had it shipped to OKC just in time for it to be added to the building’s skeleton.  Soon, Dr. Keso got a call from his contractor explaining that the rock was no good; every time the stonemason tried to tap it to shape it, the rock crumbled into pieces.  Disappointed but in no way deterred, Dr. Keso quickly found someone to take the pink rock to use as gravel, and he acquired new, much tougher rock that was quarried right here in Oklahoma.  It wasn’t too long before Dr. Keso was happy for the Plan B rock — just imagine that great building in pink and you’ll know why!

Soon after the clinic was completed, architect and photographer Bob Bowlby dropped by with his camera and got these shots of the exterior, complete with newly planted saplings, and the interior lobby and office area: 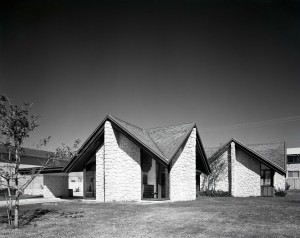 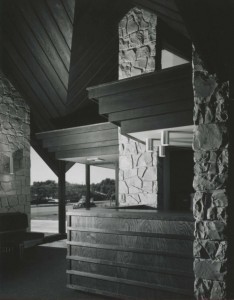 And here are a few shots of that glorious lobby and waiting room today: 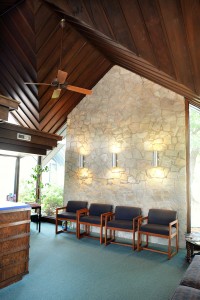 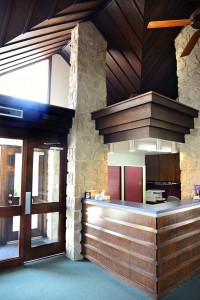 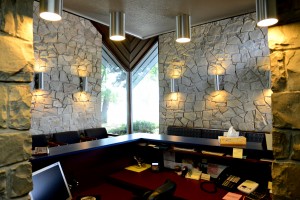 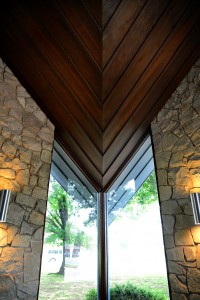 Oh, that glorious wooden angled ceiling!  Interior architecture truly doesn’t get much better than this!

The main work area isn’t too shabby, either — here’s one corner of the exam room with even more spectacular windows and cheerful natural lighting: 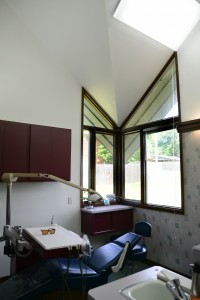 In the ’80s, Dr. Keso took on a partner and decided that it was time to expand the clinic.  By that time, Halley was the official architect at OSU and was too busy to take on the extra work.  Keso hired another architect, who planned to extend the building from the lobby to the west: 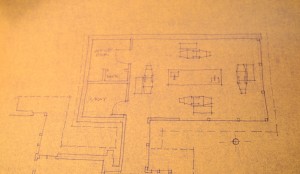 The exterior design was pretty bad and didn’t go at all with the original building so, wisely, Dr. Keso nixed the addition and decided to build a brand new building for his expanding practice in Edmond.  For years, he shuttled between the two practices until he sold the Edmond building to his partner awhile back.

Dr. Keso has called this clinic home for 50 years and evidence of his long tenure there is everywhere: 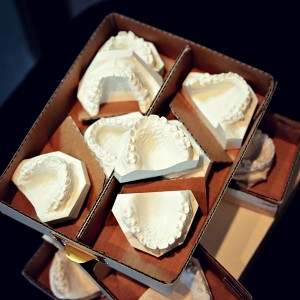 Now, he’s getting ready to retire and will be listing his little piece of modernism for sale later in the year.  I hope that Dr. Keso will find a caretaker for his organic modern clinic who will love it for the next half century as much as he has the last five decades.  Thank you, Dr. Keso, for the tour and lively conversation — you’re quite a gent! 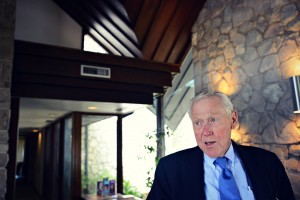 Okie Mod on the National Register On the Market: A Hexagonal Haven in Lakepoint
Click here to go back to previous page