Soon-To-Be On the Market: An Asian Mod Time Capsule Near Will Rogers Park 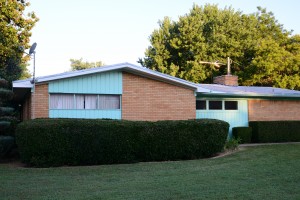 If you attended the jam-packed, sweltering hot sale on NW 30th Terrace over the weekend — and I know many a Squadder did — you probably marveled at the fantastic time capsule that was home to florist Dottie Weissenberger and her obviously very accommodating husband, Larry … if you could look past all of the eye popping furniture, jewelry, and vintage clothing.  While I came away with an armload of groovy ’60s attire and shoes (as did Linda Tripp), I also managed to capture a few photos of the home for all to lust over.  Because there were so many people at the sale, I had to sneak in shots during rare lulls in traffic; therefore, they aren’t the best photos I’ve ever taken but are good enough to give you an idea of the great, over-the-top décor of the Weissenbergers’ charming home: 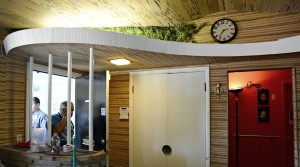 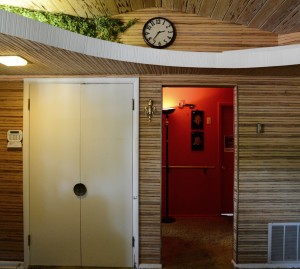 If I ever build my own house, I’d definitely want a funky soffit like this.  It certainly makes a grand statement as soon as you walk into the 1,200 sf tract home that Dottie shaped into something pretty spectacular with her ebullient, Asian-influenced style.  Love that original grass cloth, too.

Capitalizing on her love of nature and her unique style and fabulous flair, Dottie opened her shop, Granada Floral, in the brand-spanking-new Shepherd Mall in 1964, which she ran very successfully until selling the business to a former apprentice in 1992.  She was also actively involved in the Oklahoma State Garden Clubs and various floral societies throughout her long life, which might explain the need for such a beautiful wardrobe, most of which, not surprisingly, consisted of bright hues and bold patterns that mirrored Dottie’s gregarious and confident personality and her home’s daring design, such as this view of the living room from the front door: 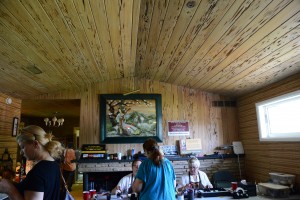 I can honestly say that I’ve never, ever seen a ceiling like that … it’s kind of cool, don’t you think?  As you can see from the following photos, Dottie was not a bit afraid of color…: 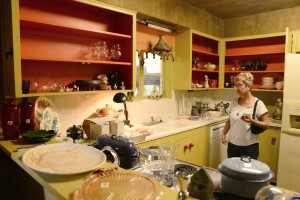 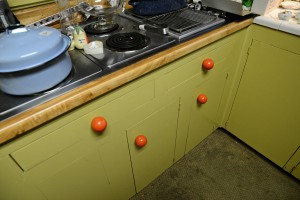 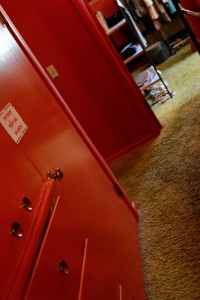 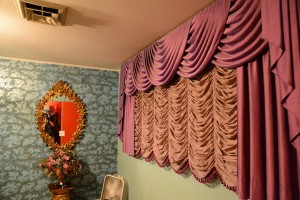 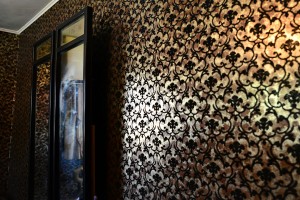 I think my mom “updated” several old lamp shades and our ’50s-era breadbox in this exact same pattern when I was a kiddo.  Love it!  Here are a few more shots of Dottie and Larry’s abode, which was built in 1953 and should be going on the market soon.  Keep an eye out for this gem — I’d hate for some flipper to come in and destroy all that Dottie so enthusiastically created: 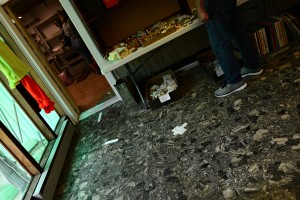 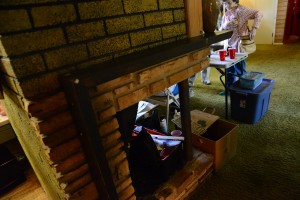 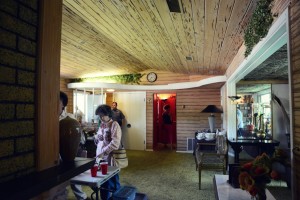 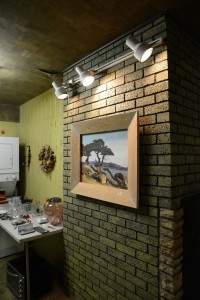 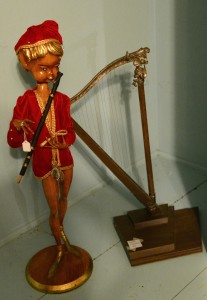