On the Market: A Lava Rock Time Capsule in Rollingwood 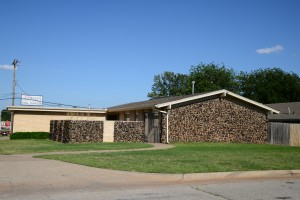 For years I’ve driven by this lava rock gem in the Rollingwood addition near Meridian and NW 63rd and have marveled at its mid-century perfection, but I had no idea just how great it was until I stumbled upon an estate sale there over the weekend and inadvertently got to tour this true time capsule.  The 1,544 sf, one-owner home is so gloriously original — just have a look for yourself and see. The lava rock-bordered courtyard does a surprisingly good job of blocking the noise and traffic along NW 63rd from the house.  How many lazy hours could you spend lounging and cooking out in this space?  Me — lots and lots. 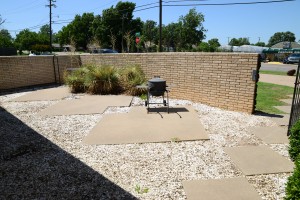 The entrance is off the courtyard… 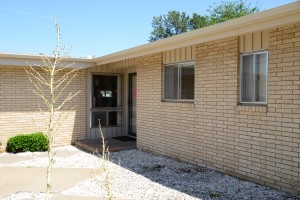 …where the diamond pattern from the concrete pads in the courtyard is mimicked on the front door: 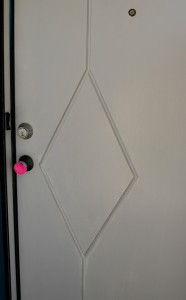 Inside is one huge wow after another, including a terrazzo tile entry bordered by this fantastic wood screen: 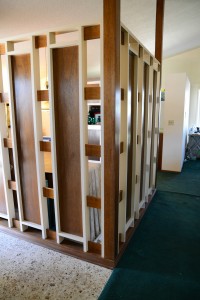 A brick planter with three hanging lights delineate the formal living room from the entry and hallway: 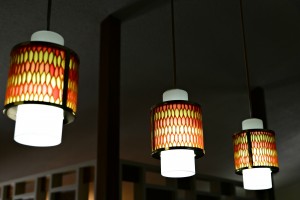 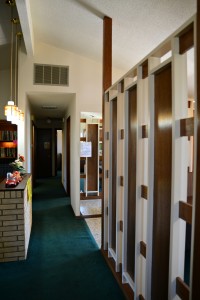 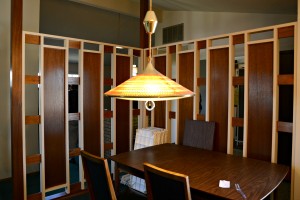 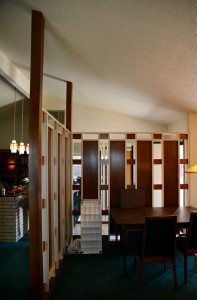 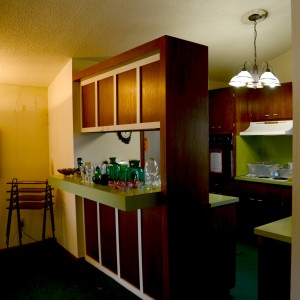 Speaking of the kitchen, every appliance is original, and those avocado green counter tops look like they’re in incredible condition: 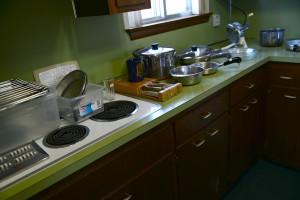 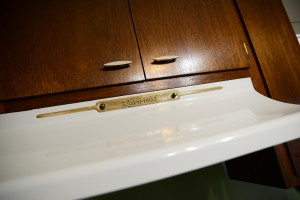 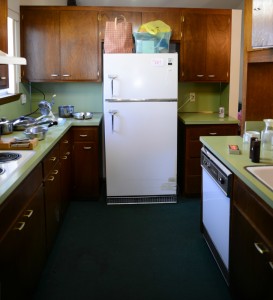 Leave the dining area and you’ll run into the light-filled den (thanks to the sliders that take up half a wall).  The lava rock from outside continues in this vaulted room as decoration for the fireplace/built-in bookcase: 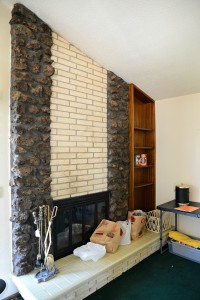 Down the hall toward the other end of the house are three bedrooms and two baths: 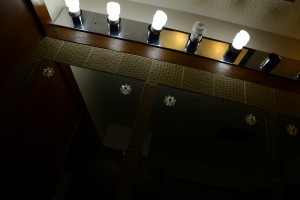 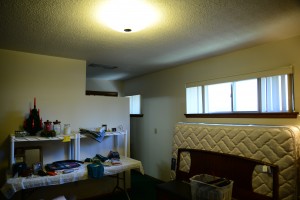 This bedroom even has a door leading out to the front courtyard: 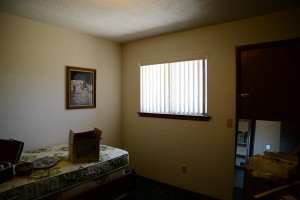 Throughout my time in the house, I kept expecting to hear street noise from NW 63rd, but I never heard one passing car or one honk or anything, so this must be a pretty solidly built house.  So, if you like what you see … and who wouldn’t! … this amazing time capsule house could be yours for a modest $115,000.  Send me a message on our Facebook page, and I’ll put you and the seller in touch: https://www.facebook.com/groups/OkieModSquad/ 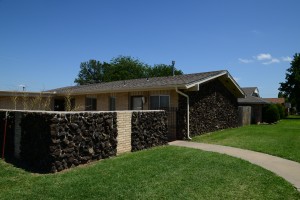 The Rollingwood neighborhood has a lot of modest mods, and I’ll be profile more of them for you in the next few days.

Exploring Goff at the Statewide Preservation Conference in Norman Neighborhood Profile: Rollingwood
Click here to go back to previous page