Gone are the days when you went out to eat, visited your local bank, or stopped off at a gas station for a fill up (by an attendant, of course) and could pick up a book of profusely illustrated matches and pocket them for a future smoke of your favorite cigarette, cigar, or pipe … or just deposit them in a big bowl at home as an addition to your collection.  Over the years, a few of the Squadders have amassed their own collections of matchbooks of Oklahoma City businesses and have offered to share their finds with us.  Today, we’re going to look at a few of the matchbooks in Robyn’s collection showing some of the businesses around town from the ’40s-’60s, and I’ll include one of my photos of the pictured building today.  Let’s start with the Boulevard Cafeteria at 1111 Classen: 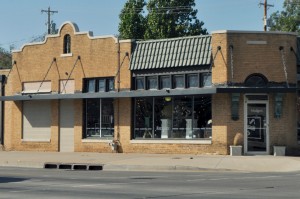 This building was home to the Army Surplus Store for a long time and after it closed, the upscale antique market, Verdigris, moved in.  Through the years, this building has maintained most of its original features, as you can see.

Next up is the Butler-Sparks Equipment Company building on NW 6th and Blackwelder near the old Robberson Steel Company.  The building is now home to the George Townsend Company but is in pretty original condition, too.  See for yourself: 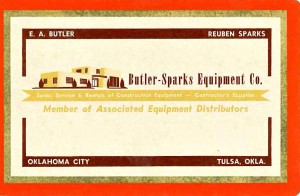 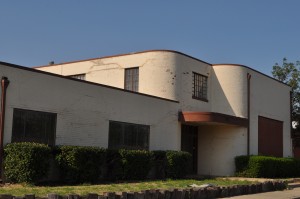 Unfortunately, I can’t say the same for the next building, which was gobbled up for downtown development a long time ago.  It’s a great matchcover, though:

Back to the good news with a matchcover of what is now one of OKC’s most popular eateries, Iron Starr: 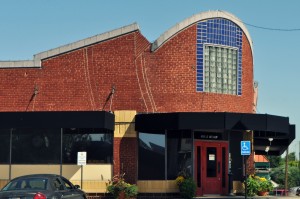 Here are a couple of El Charrito locations:

The Paseo location now — too bad that streamline facade has been replaced: 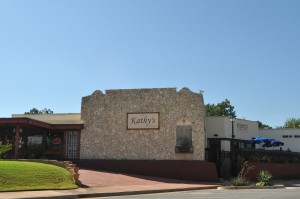 It looks like the Main and Walker building was demolished and replaced with a newer one-story office building.

Last but not least, here’s a great matchcover of an early Holiday Inn, which I believe was at the intersection of NE 63rd and Bryant: 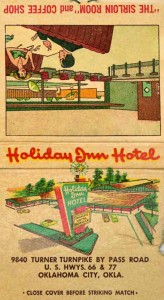 If this is the correct location, there’s nothing that looks like a motel at the site today, but this aerial image from 1969 on okctalk.com shows that there was some kind of building there then:

That’s all for today, but we’ll have more matchcover “then and now” images coming your way soon!

Give Yourself THE Present: A Better Place to Live Ray James: A Small-Town Architect Who’s Still Looking Ahead
Click here to go back to previous page