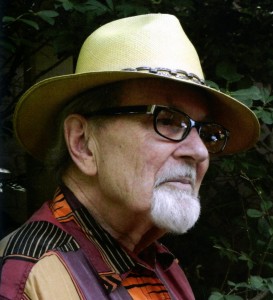 Bowlby was born in 1934 in OKC and graduated from Central High School in 1950.  After graduation, he moved to Norman and found himself in the School of Architecture program taking classes from the university’s very unconventional but inspiring department head, Bruce Goff.  It was also at OU where Bowlby met Herb Greene, whom he would work with in Houston after graduating from OU in 1956.  He also worked for Goff during his mentor’s years in Bartlesville and for the firm Bailey, Bozalis, Dickinson & Roloff before receiving his architect’s license in the early ’60s.  Around the same time as he designed his iconic Founders Bank, he became an architectural photographer and shot many of Oklahoma’s mid-century buildings for various publications, but work in OKC wasn’t as plentiful as he would have liked, so Bowlby left the Sooner State for good in 1967 for Kentucky.  Over the years, he lived and worked in Denver, Lake Tahoe, and Carmel before returning to the Mile High City and settling there for good.

Bowlby never established a firm of his own.