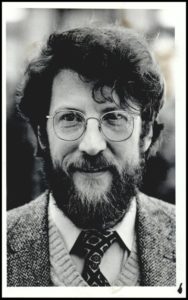 Joe Hylton was born in New York and grew up in neighboring New Jersey.  After graduating from high school, he moved to Oklahoma to attend OU, where he graduated with a degree in architecture in 1970 (he later received his master’s from OU in architecture and landscape architecture, too).  While in college, he worked in the construction industry and was an associate architect at Locke Wright & Foster from 1972-1975.  Beginning in 1975, Hylton formed his own firm and began designing energy efficient homes, both passive solar and subterranean, and completed over 150 examples in 10 states in the following decade.  He was a true pioneer in the field and wrote Earth Sheltered and Solar Homes in 1984.  He moved to the Virgin Islands in 1986 and continues to practice architecture there today.