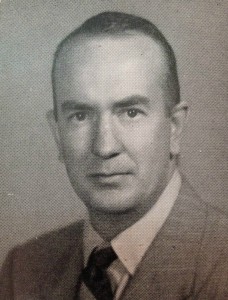 William Stanley Burgett was born in Ogden, Utah in 1917.  He studied at several universities and institutes, including USC, University of Hawaii, and three Los Angeles schools, the Art Center School, Chounard Art Institute, and Otis Art Institute.  He served during WWII and worked for a firm after that.  Burgett joined the OU faculty in 1949 and remained there until his untimely death due to a heart attack at the age of 51 on Christmas Day, 1968.

Worked as an associate architect for Reynolds & Morrison in OKC during his years at OU.