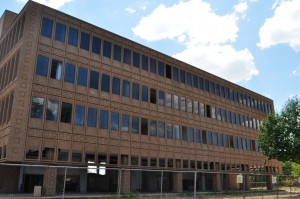 This Brutalist beauty was built by Nashert and Sons and served the community for over four decades until plans for a downtown park came to fruition.  Since this building stood in the way, it had to go and was among the first buildings to be demolished for the new park.  It was torn down in 2011.  Here’s a photo of the demolition juxtaposed with the Devon Tower under construction in the background. 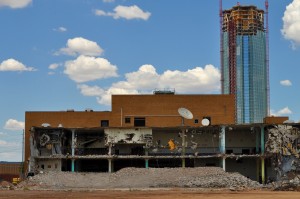