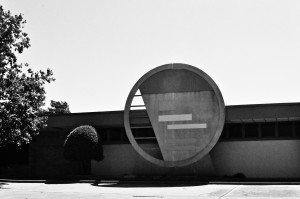 The Southwestern Insurance Company was formed in 1952 and within four short years had grown large enough to commission its own building on land the owners bought from developer Ben Wileman.  Jack L. Scott was hired to design the 3,200 sf building that could easily be expanded if need be.  The $60,000 building also included parking for 25.  An image off of a vintage company ashtray is the only one I have of the building in its original state: 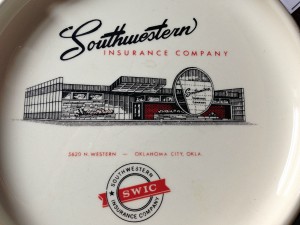 The insurance company merged with another insurance carrier a few years later, and even with its expansion potential, the building couldn’t handle the growth so Southwestern moved on.  Eventually, Taylor of Oklahoma, a soft-serve ice cream distribution company, moved in and stayed for quite a few years.  After Taylor moved out in the mid-2000s, the still-striking building remained vacant for a few years until it was demolished in the last days of 2015.

The building with fencing around it just before it was knocked down: 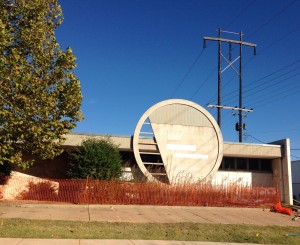 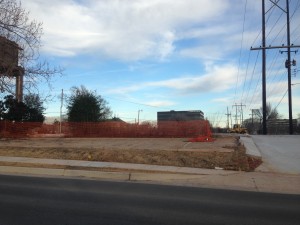