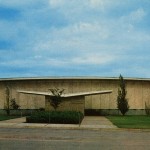 For years, Oklahoma City’s art museum was housed in a less-than-ideal space at the Civic Center Auditorium. When the new Fairgrounds were being constructed in the mid-50’s, ideas began to swirl that a new museum should be built on the site, too. The architectural firm of Parr & Aderhold was contracted to design a new museum space, and this great round building was the result. 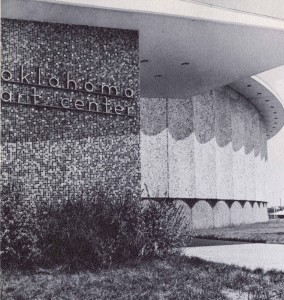 It boasted two large galleries and an interior courtyard to show off the museum’s sculpture collection. The art museum remained at the Fairgrounds until it moved to the old Centre Theater downtown in 2002. After the museum left, the building was going to be converted to office space, but a flood and problems with the flat roof sealed its fate, and it was unceremoniously demolished in 2008. 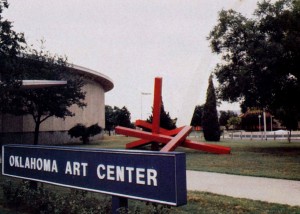