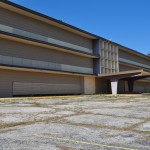 When it was first constructed, this mid-century marvel was the talk of the town. All of those horizontal boards were windows opening up to the newly expanded and very busy Classen Boulevard. The 86,000-square-foot building was fully occupied almost as soon as it opened, with 30 tenants calling Classen Terrace home (including the firm that designed it, HTB). By the 90’s, however, all of the tenants were gone and the Department of Corrections was using the building, but soon after that, it became vacant and remained that way for years.

In early 2012, Sunbeam Family Services bought the once-shining Classen Terrace Office Building at auction for a mere $356,501 and unceremoniously demolished the mid-century beauty to construct their new headquarters. 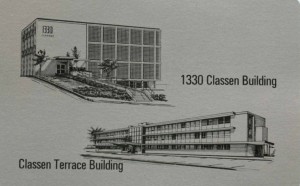