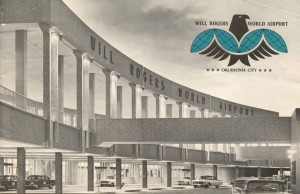 The original Will Rogers Airport was a chunky affair built in 1932 for the likes of these planes:

Over the years, the airport expanded piecemeal to accommodate larger planes and growing air traffic demands.  By the late 50’s, it became apparent that this 40,000 sf hodgepodge of buildings and add-ons wouldn’t work for long, especially with the jet age fast approaching, so Ralph M. Ball of Hudgins, Thompson & Ball (HTB), was asked to put together a master plan for OKC’s future air needs … and the idea for a new, modern airport was born.   Soon, HTB was charged with designing OKC’s terminal, and it was completed and opened in November 1966.  According to a brochure celebrating the occasion, the building was “designed and engineered to serve the soon-to-come supersonic era of international flight.” 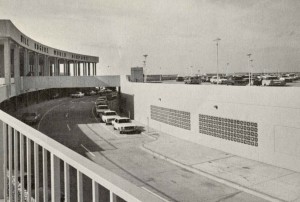 “The impressive and entirely functional new concrete, glass and steel terminal is built on four levels, contains more than 200,000 sf of floor space and will accommodate two million passengers per year (as compared to 750,000 per year with the old terminal).  The two satellite concourses permit twelve aircraft to be loaded or unloaded simultaneously, and the master plan permits expansion to an ultimate capacity of 36 aircraft.”

The 7,500-acre complex was the second largest in land area (Chicago came in first) and included two runways, one at 10,000 feet and the other at 7,200 feet, several large waiting areas: 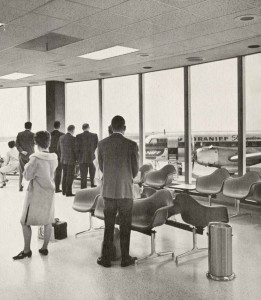 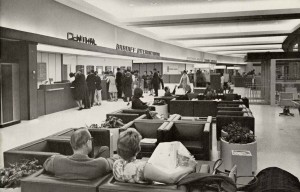 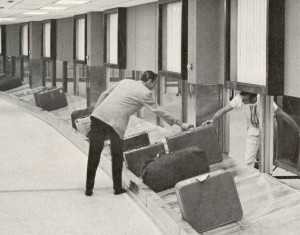 And rental car and concierge services: 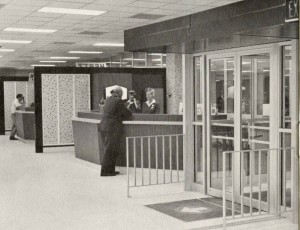 Will Rogers World Airport opened to great accolades, and it served the public well for over 40 years until the terminal and parking garage was remodeled and expanded by the Benham Companies and Gensler in 2007.  Some original elements remain from the 1966 design, but you have to look hard to find them.