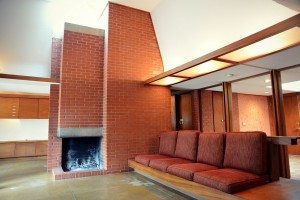 Dean Bryant Vollendorf designed this home, which he dubbed the Mustang, while he was an associate professor at the University of Oklahoma.  He wanted a home that was bright and open yet private and tranquil and he sure hit the jackpot with this classy 1,400 sf design, which included an indoor/outdoor atrium, three bedrooms, and two baths.

During the ’60s, Vollendorf showcased many of his designs, including the Mustang, in the New Homes Guide, which sold plans to interested readers for a small fee.  The Mustang was one of the featured homes in the Winter 1967 issue of the magazine, but it was Vollendorf’s Baysweep design that sold more plans for the magazine than any other in its long history.

Vollendorf lived in this stylish home from 1965 until he left OU in 1971.  A subsequent owner and fellow OU architecture professor, John G. York, bought the home and made some unusual modifications but left all of the most impressive features in their original condition.  In spite of the changes, this remains a remarkable, light-filled space that is surely one of Norman’s greatest architectural treasures. 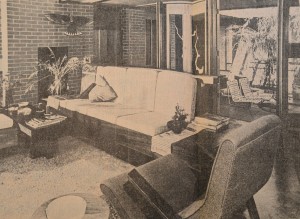 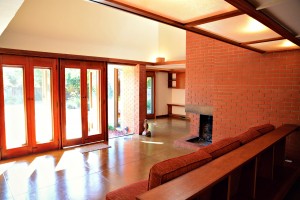