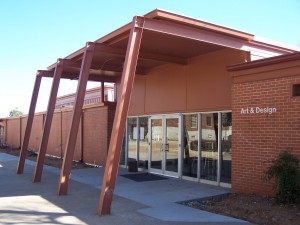 The Student Union building on the UCO campus was the fourth that Conner & Pojezny designed for the growing university.  The building was thoroughly modern but also practical.  During the days before air conditioning, doors at the bottom of the fixed windows in rooms could be opened to circulate air and keep interior spaces cool.

In an OK AIA competition in 1953, the Student Union building won in the Outstanding Building/College category, and it, along with the firm’s other campus buildings, was photographed by Julius Shulman that same year.  The campus structures appeared in the July 1953 issue of Progressive Architecture.

This served as the Student Union until a larger building was constructed for that purpose in the late ’60s.  It is now home to the Art and Design department. 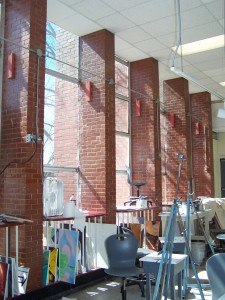 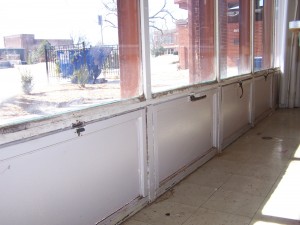 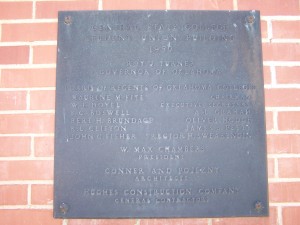