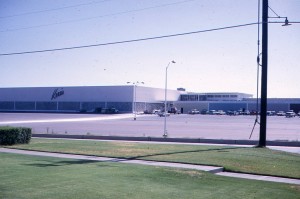 The one-level, L-shaped Shepherd Mall was built on the site of the Land Run-era Shepherd homestead.  When it opened in September 1964, the 740,000-square-foot center was the first enclosed mall in the city and offered many conveniences, such as free parking, to entice shoppers away from a rapidly declining downtown.  Such retailers as Penney’s even closed their downtown doors for good and opened modern flagship stores at the new mall.  Other shops included John A. Brown, TG&Y, Kerr’s, and such eateries as Val Gene’s and El Charrito. 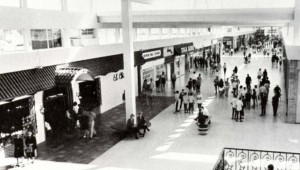 With its wide walkways and indirect lighting provided by clerestory windows, the mall thrived until the early ‘80s when Penn Square, just three miles away, expanded and was enclosed.  The building has been “updated” into a bland greige mess and is now an office/school complex. 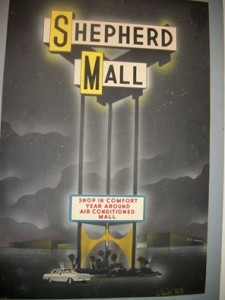