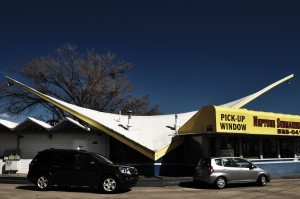 This great Googie building opened in 1961 as a Quick’s Hamburgers and was owned by the same guy who opened the Charcoal Oven on NW Expressway a few years before. 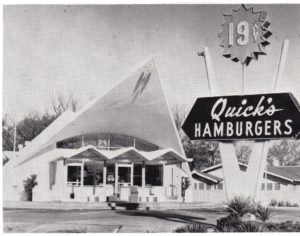 … and a local ad for some really cheap but tasty hot dogs: 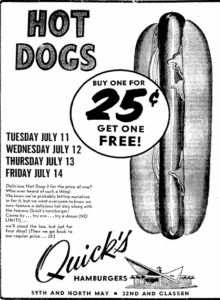 Quick’s opened a second location a few years later, but they both closed around 1973.  Neptune Subs then moved in and has been doing a very brisk business ever since.  This is one of the best lunch spots along Classen Boulevard in OKC, and that’s saying something in an area filled with Asian restaurants. 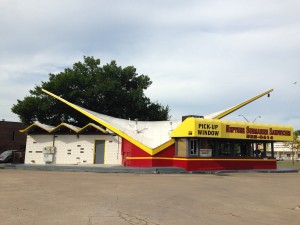