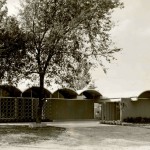 Similar to the Case Study Program of the late 40’s and 1950’s (but on a much smaller scale and incorporated throughout the country), Living For Young Homemakers magazine sponsored yearly “Living House” designs, which were comprised of 12 designs by different up-and-coming architects and featured a different building material or style. For 1960, the periodical sponsored its second R. Duane Conner design in three years with this home just across from Will Rogers Park: 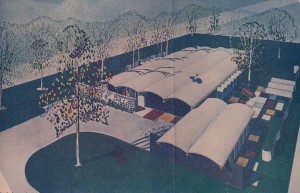 After his triumphant experience using thin-shell concrete on the now-iconic First Christian Church dome, Conner embraced the new technique and used it in many of his subsequent designs, including the First Christian Church in Del City, the Amber and Marlow gyms, and various residences throughout OKC. With these experiences under his belt, it seemed natural that Living For Young Homemakers would sponsor Conner’s design for a residence incorporating thin-shell technology to be featured in 1960.

The convex concrete panels that comprise the roof and provide the home’s big wow were used, according to the magazine, to “test new applications and new fabrications of asbestos-cement researched by architect R. Duane Conner in his work for the Basic Materials Research and Design Committee…. The roof panels — made of two sheets of standard corrugated asbestos-cement with a foamed cement core — are structurally self-supporting with a horizontal span of 10 feet.” 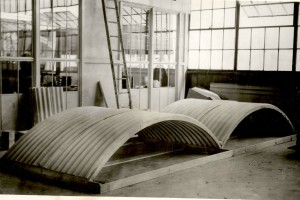 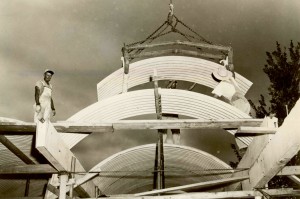 The design made for a very dynamic entry: 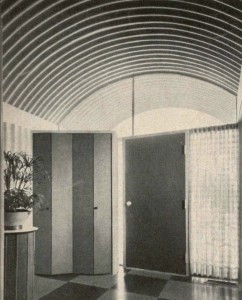 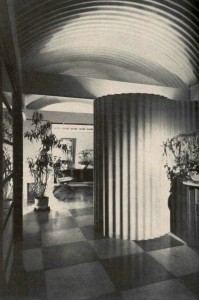 Once inside, the compact home made the most of its 1,500 square feet by incorporating a flexible, open floor plan throughout the house, including the three bedrooms and den that ran along the perimeter of the home.  Each had two sets of accordian doors that formed an L, allowing the bedrooms and den to be expanded into one large sleeping space and/or opened onto the interior living areas to form one huge common room — perfect for those swanky, mid-century cocktail soirees! 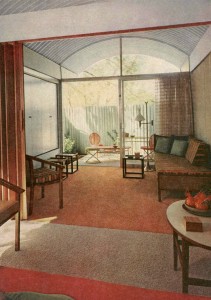 The accordian door opens the den to the common areas and provides extra light from a private patio.

The living and dining areas and the kitchen were all in one big room in the middle of the house, with a modern, two-sided fireplace that performed double duty as a room divider. 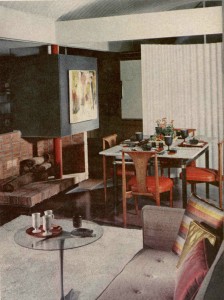 The formal living/dining areas with the divider fireplace.  The kitchen is beyond the fireplace. 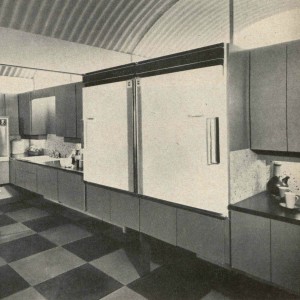 A large sliding glass door opened onto an enclosed patio that added even more room for entertaining: 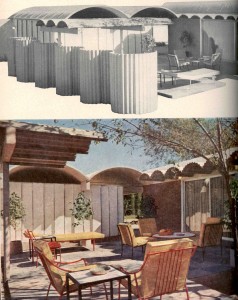 The home was completed by builder Joel Coley in time for 1959’s Parade of Homes, which lauded the structure as the “Queen of the Show.” The following February, Living For Young Homemakers devoted most of the issue (and the front cover) to the home, and it was featured in Look magazine a year after that.

Although the home sold quickly, it switched hands a few times before builder Joel Coley finally took it over and set up the home as his real estate and property management company office, a function the house serves to this day.  Although the kitchen and fireplace have been removed and the carport has been enclosed, the “Queen of the Show” is in excellent original condition and even retains many of its original furnishings.

Here are some of the architectural drawings of the Coley House: 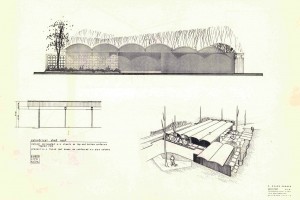 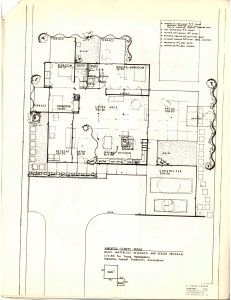 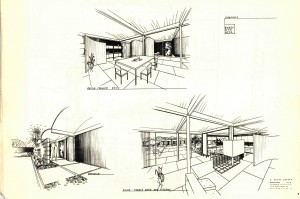