On the Market: A Sputnik Delight in Belle Isle

text and photos of home by Lynne Rostochil.  Other images identified in captions. 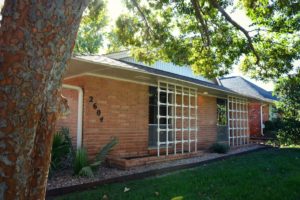 Last week, I got to tour a recently refreshed beauty in Belle Isle that hit the market on Sunday that has been lovingly restored by realtor Ken Hutmacher and designer Terezia Grillo with Grillo Ventures.  The duo found the original plans to the house and decided to faithfully follow them in restoring the house to its original glory.  This included building new lattices for the two front windows that had been removed long ago.  Here’s a tax assessor site photo of what the house looked like before — pretty sad and dull, aye? 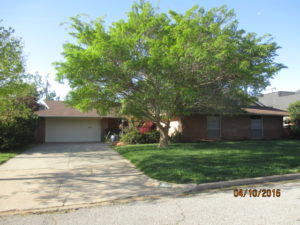 The house definitely looks complete and much more appealing with the latticed windows: 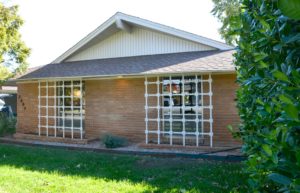 The attention to detail doesn’t end there.  The front courtyard is a mid-century lover’s dream, with rock, beautifully matured palms, and a fab mod mailbox … in turquoise, of course: 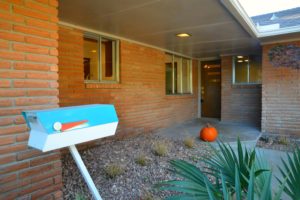 And check out the fantastic and all-original zig-zagged walkway: 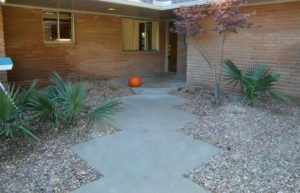 How snazzy is that?  This lovely 1,800 sf home was designed by Rex Whiting, Jr., very solidly built by Jack Clark, and constructed in 1963.  I had never heard of Whiting before and decided to do a little research about him.  He served during WWII as a Corporal in the 82nd Airborne Division and, after the end of hostilities, returned to his hometown to work with his dad, who was a building contractor.  Soon, he was designing homes.  Even though he was never a licensed architect, the stalwart Whiting’s attention to detail and passion for design made his homes popular destinations on several Parade of Homes tours in the 1950s, 1960s, and 1970s.  According to his son, who is also a home builder, Whiting was quite prolific, designing 300-500 mostly traditionally-styled homes a year during his heyday.

One more modern home that Whiting designed was a longtime favorite of mine until it got botched a few years ago.  The mod lake house was featured as a “plan of the week” in the Oklahoman and was constructed just one year after our Belle Isle beauty in 1964: 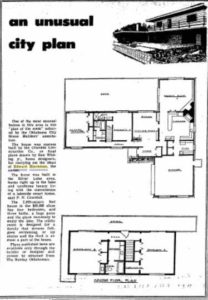 Here’s a close up of that house: 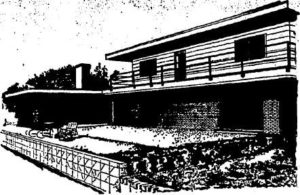 It was long one of my favorite homes in the Silver Lake/Ski Island area — here’s what it looked like in 2002: 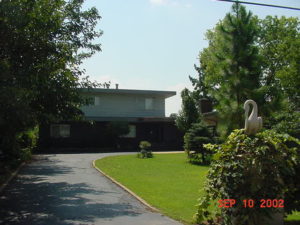 And here’s what I mean by botched — I can’t stand it! 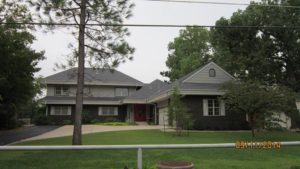 Pathetic.  But, I’m happy to say that the same ISN’T the case with the Belle Isle house.  Nope, not at all.  I mean look at the perfect front door for this place — if you didn’t know any better, you’d think that it’s been there for decades, it fits so perfectly with the home: 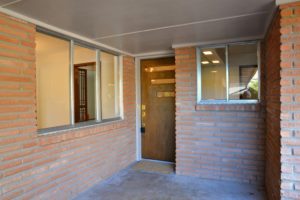 Inside, things get even better with the all original sputnik ceiling fixture, terrazzo floors, and lattice dividers that dramatically offset the entry from the other parts of the home: 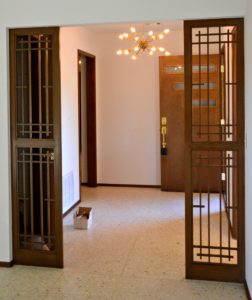 Let’s take a closer look at that gorgeous sputnik: 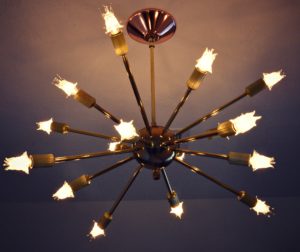 I mean, really, there’s no sexier lighting fixture than this, in my opinion.  Love it!  And, there are two of these babies in the house!

Here’s the view from the entry into the giant living room that overlooks a lush green backyard beyond: 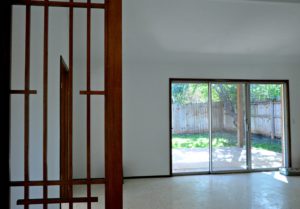 Here’s another view of the living room with another all-original feature, a mod rocked fireplace trimmed in terrazzo: 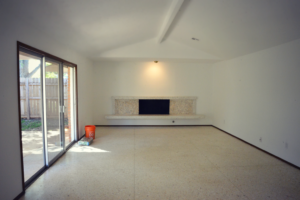 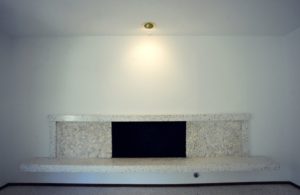 That fireplace is so elegant and packs a big wow at the same time.  Originally, the room had a dropped ceiling, but Ken and Terezia vaulted it to add even more drama to the space and to make the already large room appear even bigger.  Off of the living room is a separate dining area with a new light fixture that looks right at home with its sputnik uncle in the entry: 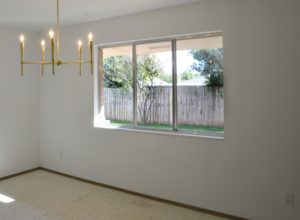 The well-appointed kitchen is off of the dining room and features a breakfast nook, original-but-fixed-up cabinetry, and quartz countertops: 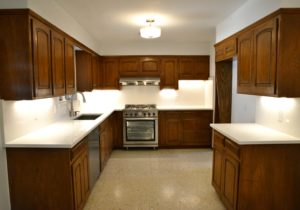 The stove/oven and dishwasher are brand new and oh-so-mod: 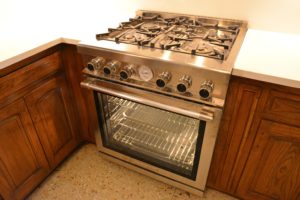 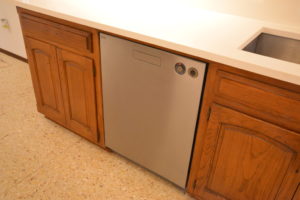 Man, I’d love to cook on that amazing stove, wouldn’t you?

And, as you can see, the terrazzo runs throughout the common areas of the home and is in excellent condition: 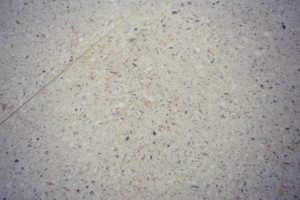 There’s an ample-sized laundry room off of the kitchen that leads to the two-car garage beyond.  On the other side of the home are three bedrooms and two baths.  Ken and Terezia have remodeled both bathrooms — the master got a brand new and very roomy shower with tilework that mimics the pattern of the front door: 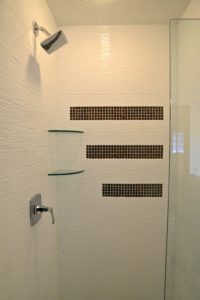 But I was very happy to see that Ken and Terezia kept the original countertop that perfectly matches the terrazo floor in the bathroom:

How cool is that?!

The large master bedroom has been painted a relaxing blue/gray and features two vintage pendant lamps that Ken’s dad rescued from a college library that was being botched … ugh, I mean renovated: 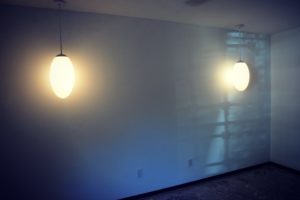 This is such a peaceful space, and I love how the exterior lattice provides nice shadow play in the room in the afternoon.  Very nice.

So, I told you that this house has its original plans — check out a section: 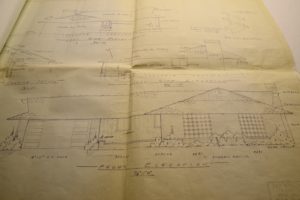 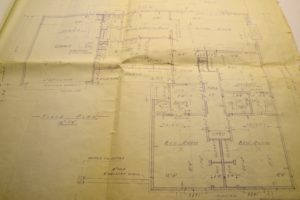 The plans come with the original building specs document, too, which is VERY rare.

So, all of this carefully restored goodness in one of the best neighborhoods in town can be yours for $325,000.  If you’re interested in touring the home or have questions, Ken is the listing agent and can be contacted at 405-204-9052.  The address is 2604 NW 61st, and you can see more photos of the home here.

Thanks, Ken and Terezia, for inviting me to tour this amazing space.  I hope you decide to restore more mod homes in the future because you obviously know what you’re doing.