On the Road: Encountering Frank Lloyd Wright in Wisconsin

After my day at Cedar Rock, I left the endless cornfields of Iowa and headed across the border to Wisconsin. I had booked a room at the Pine Ridge Motel in Dodgeville which was just minutes away from Spring Green, the area Frank Lloyd Wright lovingly described as home. Pine Ridge was a charming vintage place with minimal upgrades and knotty pine walls – I was glad to have at least one lodging like this on my roster. 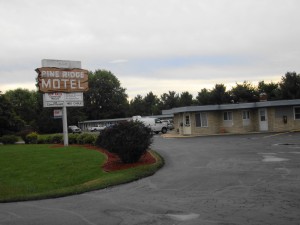 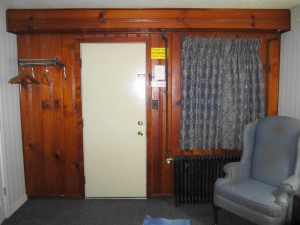 I had booked the 4 hour estate tour at Taliesin so set off early the next morning for the property. The landscape in the morning light was lovely and I was compelled to capture its essence. 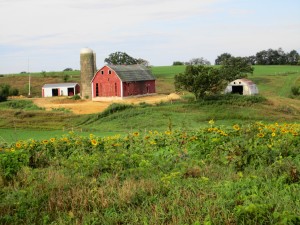 Check in was at the beautiful visitor center – a restaurant and meeting space overlooking the Wisconsin River designed by FLW as a special place to take his potential clients. Though it was started in 1953, he died before it was finished. Once completed it did serve as a restaurant and club for years before Taliesin Preservation took it over in 1993 inserting a gift shop in the original bar area. I dined in the still intact restaurant area after the tour and it was quite delicious. 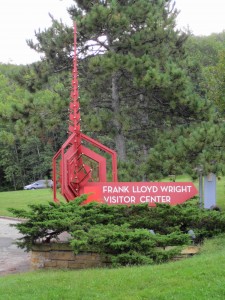 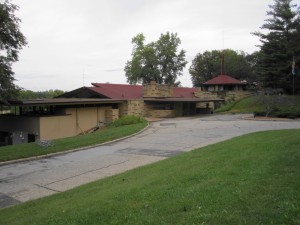 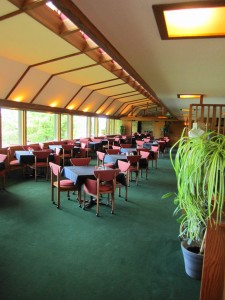 Our group was driven over to the site and the first stop was Hillside, originally designed as a school for his aunts but which now serves the School of Architecture during the summer. 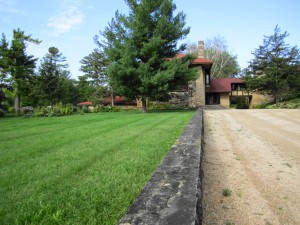 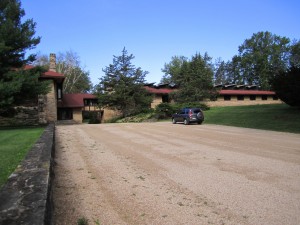 The connected buildings include a cavernous drafting and design studio; classrooms; meeting spaces; a 120 seat theater which is used for films, musical performances, dance presentations, and lectures; a carpentry shop and a painting and sculpture studio. The dining room utilizes the bounty from the onsite garden / farm. 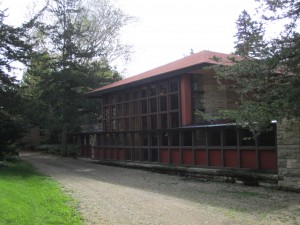 As we walked to our next destination, the modest Tan-y-deri he built for his sister, we passed the Romeo and Juliet windmill tower and the nicest chicken house I’ve ever seen (it now serves as student housing). 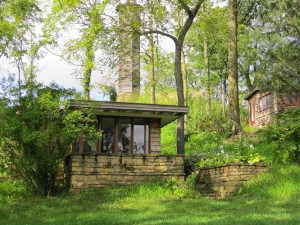 The Midway Barns are currently not in use, but after serving the livestock it was used periodically for students as well. 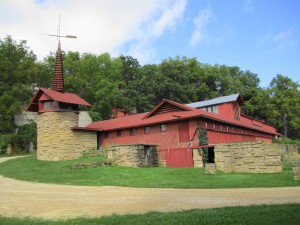 As we rounded a corner, the legendary house appeared on the hillside. 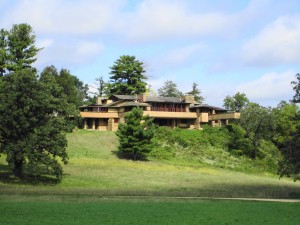 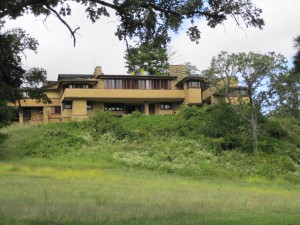 We were led up a set of steep stone steps opposite the formal entry. This terrace area had a serene water feature and direct access to his bedroom. 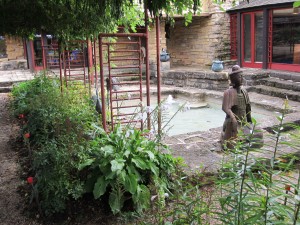 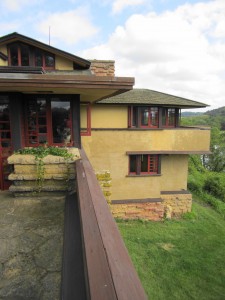 The photo above was taken on his bedroom terrace and shows Olgivanna’s bedroom section jutting out to the right. Interior photography wasn’t allowed on the tour so I’ve included some vintage magazine photos of these spaces. 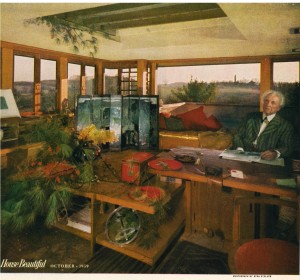 Coming back around from the bedroom terrace you see a den. If I remember correctly, he finally allowed a television set there to see certain important programs, but only rarely. 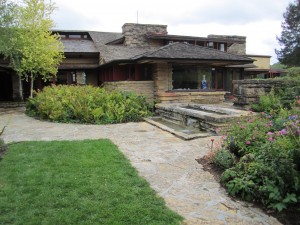 Directly opposite this view is a separate building that now serves as administration and student lodging. I loved the modern patio furnishings in the sitting area just steps down from this structure. 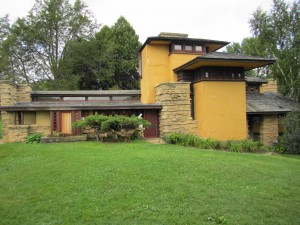 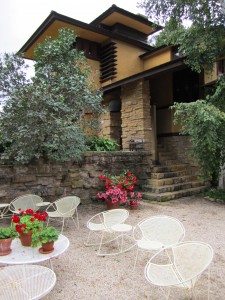 As we made our way around to the formal entry, we were shown many areas that were seemingly repaired in a haphazard fashion. Our guide said that visitors are often shocked that things are not pristine here, but she reminded us that this was always a learning laboratory for the students and they were in charge of the many repairs. Near the entry portico you see some work that still needs to be done. 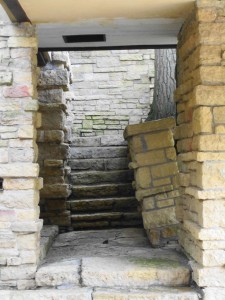 The following shot is by the front entry and is the exterior to the office where he brought his clients for meetings. 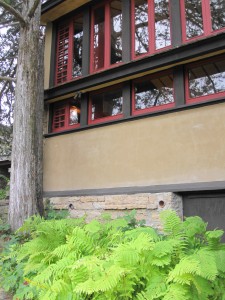 A vintage shot of the interior of this space shows his mother’s portrait over the fireplace which still hangs there. Just to the right of this view was his work table and plan storage (near the large windows) and behind that was a very slender stone staircase leading to a landing where he had a piano. 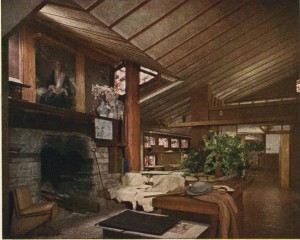 Moving back to the main house we were taken into the main living / dining room. 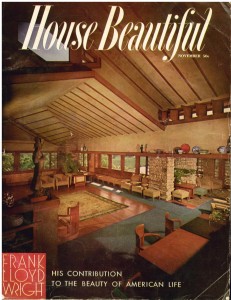 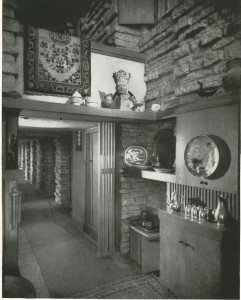 The area above the previous shot with the open balcony were bedrooms we weren’t privy to, but this guest room may have been located there. 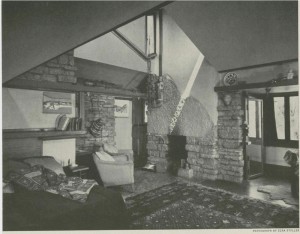 Finally, this loggia shot is just around the corner from the main living / dining room and is part of the long row of windows at the center of the house when first seeing it from the grounds. 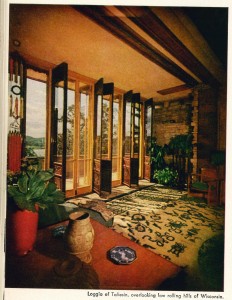 Being a huge Wright fan, I thoroughly enjoyed this extensive tour but felt it could have been tightened up. It was another hot and humid day with lots of walking, so that should be taken into consideration as well if you plan a visit.

On the Road: A Tour of an All-Electric House in Kansas and a Wright-Designed Icon in Iowa On the Market: The Super Stylish Vollendorf House
Click here to go back to previous page