Rain or shine, it’s always a great day to drive around looking at good architecture, but with the perfect spring weather and such a diverse selection of buildings, this year’s AIA tour that capped off a busy and fun-filled Architecture Week was especially memorable.  Here are a few photographic highlights: 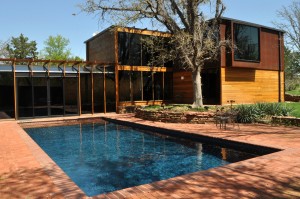 Legendary OKC architect George Seminoff began designing and building this retreat out in the woods during his bachelor days.  After graduating from OSU and beginning his career, he bought a piece of land way out in the country (back then, anyway) from a relative.  Since he was on his own and didn’t need a lot of space, George designed a one-room Miesian box in 1959 that contained a living/dining area, kitchen, bathroom, and sleeping area overlooking a lush back garden.  This space suited him well, even after he me and married his lovely wife, Sharon.  The two lived comfortably in the small space, so much so that when George gave Sharon the choice of either expanding the house or building a pool, she opted for the pool.

It was only with the arrival of the Seminoff children that George and Sharon decided it was time to expand their home.  At that point, George added a bedroom wing to the house that provided ample space for their growing family.  Soon after, he added a master bedroom suite that completed the 3,000 sf house and earned George an Architectural Merit award from the OK AIA in 1970.  The Seminoffs lived in this wooded oasis until George’s failing health fueled their move to Dallas in 2011.

Enter second owner, Brent Kliewer, along with Fitzsimmons Architects and Larry Pickering, who have so thoughtfully and beautifully worked to restore and update this classic piece of modernism.  It has always been and continues to remain a joyful, welcoming, and oh-so stylish home.

Brent’s collection of kind of creepy but completely enthralling cannibal masks appropriately watch over dinner guests in the dining room: 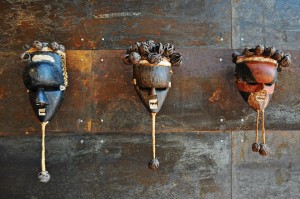 The famous tree grew wild during the Seminoff years and is still the heart of the Kliewer home: 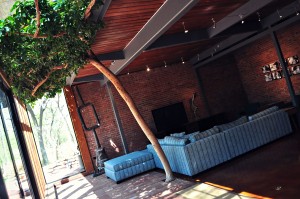 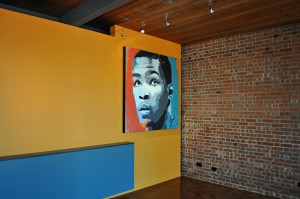 There’s nothing better than a wow of a bathroom, and this master bath is certainly a great big WOW! 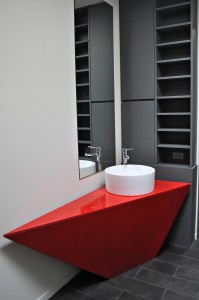 Originally two bedrooms, a bathroom, and a living area, the architects completely opened up the upstairs space to create a huge, light-filled master retreat nestled in the treetops that I’ll be lusting over for a very long time: 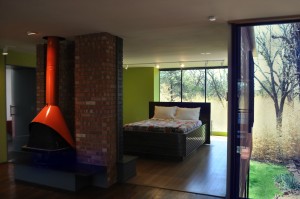 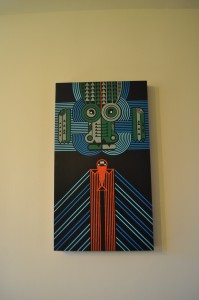 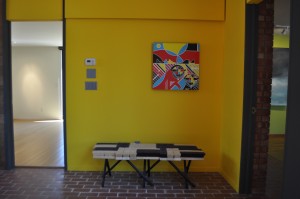 Brent and Larry are likely breathing a huge sigh of relief that this three-year-long project is nearing an end: 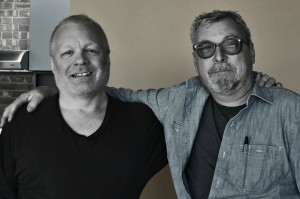 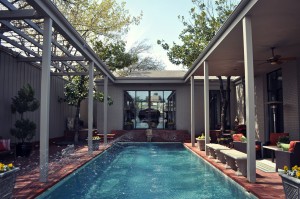 Originally owned by Robert Hefner, III, former governor David Walters and his wife, Rhonda, bought this rambling, 7,800 sf home after leaving the Governor’s Mansion in 1995.  I don’t know how large the home was when it was originally built in 1963, but it has obviously seen many an addition over the years that makes it look kind of odd from the front.  However, the interior spaces are surprisingly comfortable and even dramatic.  Look at this stunning living room designed by Bill Dinger and Bill Gumerson: 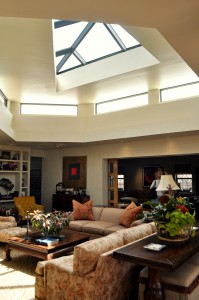 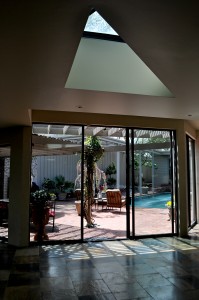 And the lovely 17th century staircase in the Jim Loftis-designed formal living room that leads to the subterranean wine cellar: 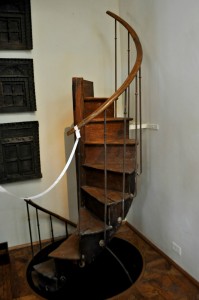 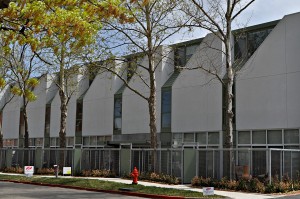 What is now 430 was originally designed in 1954 by Conner & Pojezny as the two-story, 10-office Lister Medical Building (here’s a rendering of it that appeared in The Oklahoman):

It wasn’t looking very pretty or friendly when Fitzsimmons Architects signed on to convert the long-vacant building (complete with horrible ’80s remodel) into exclusive apartments in 2012: 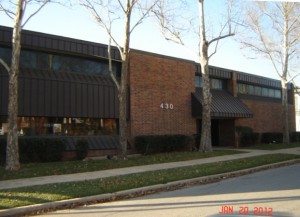 Soon, the ugly, shit brown awnings and tired red brick were gone — hallelujah!  A third story was added to maximize views of downtown and increase living space by 57%.  The result is 26 stunning and thoroughly modern units — one-story flats on the first floor and two-story lofts comprising the second and third floors.  All of the units have outdoor space, but this lucky renter of a first-floor apartments can boast of also having his bedroom in an original elevator shaft: 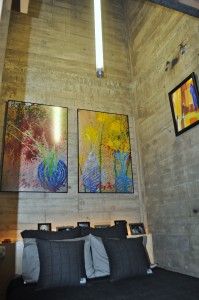 The architects also kept the original marble lobby walls and elevator button that gives this abode a great vintage but very modern feel all at the same time. 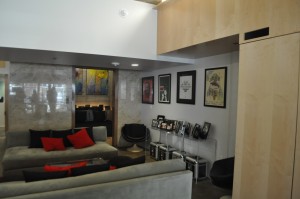 The second unit in the 430 building we toured was a two-story loft with breathtaking views of downtown: 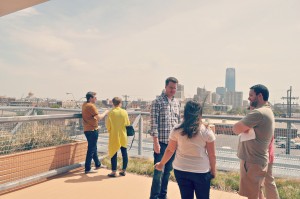 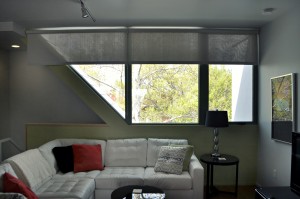 Here’s what the back of this building looked like during its non-descript days as an office complex: 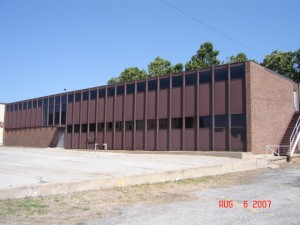 Blech!!  And here’s what the back looks like today with balconies overlooking the bustling city and oodles of sexy lines that add a more than a little sass to the structure: 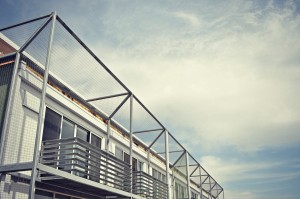 Oh, and I can’t move on without commenting on how much I love these unit doors: 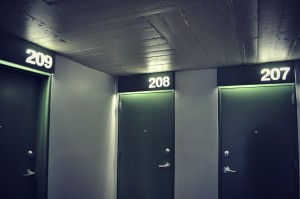 Well, that’s it for today.  We’ll wrap up the rest of our coverage of the AIA tour in a few days.

In Case You Missed the AIA Chit Chat… Highlights from the 2014 AIA Tour, Part 2
Click here to go back to previous page