I don’t know what West Coast, mid-century architectural genius first decided that it would be a good idea to design an apartment building and use the name of the complex as wall decoration, but it obviously caught on very quickly because you can hardly drive down a block of vintage apartment houses in L.A. without running across one, as in this gem in Santa Monica: 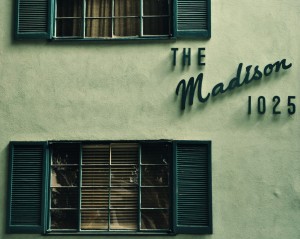 While this is a particularly L.A. trend, especially on 50’s-era dingbat apartment buildings (you know, the flat-roofed structures with the parking underneath and the apartments above), the use of script as building decoration was so popular that it ultimately appeared on many apartment buildings here in OKC in the 60’s.  These are a few of my favorites: 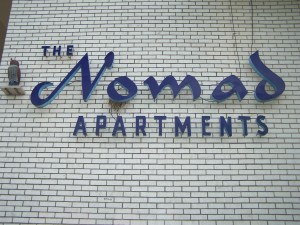 The Nomad Apartments on NW 50th west of May — love that crazy font! 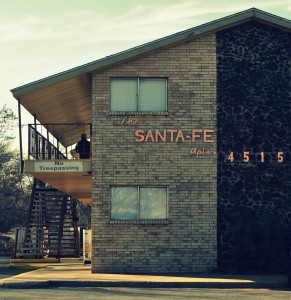 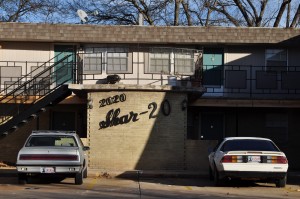 Even Heritage Hills boasts a script-laden building, the Shar-20 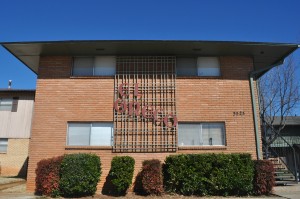 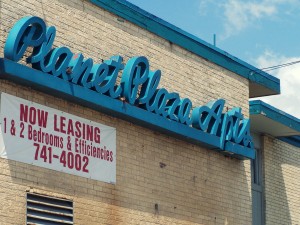 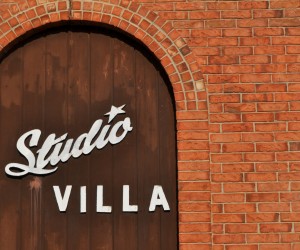 And, here are a cluster of apartment buildings east of May in the Belle Isle neighborhood: 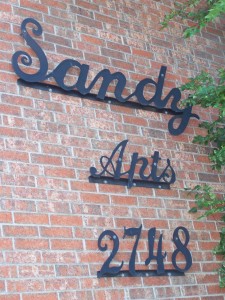 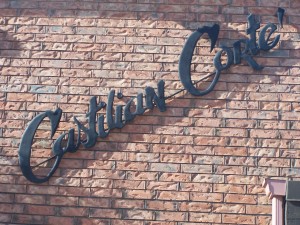 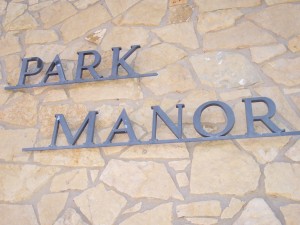 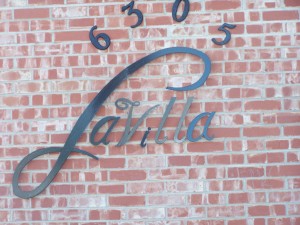 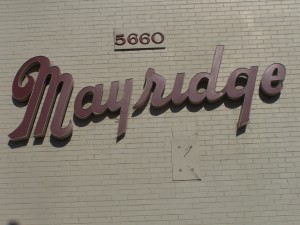 Okay, it’s not OKC, but I really like this one in Enid, too: 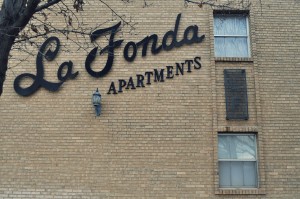 Finally, these aren’t apartment buildings, but they definitely incorporate the signage into the overall architectural vibe of the building, so I thought I’d include them, too.  First, the iconic House of Clay at NW 30th and Western — who doesn’t love this one? 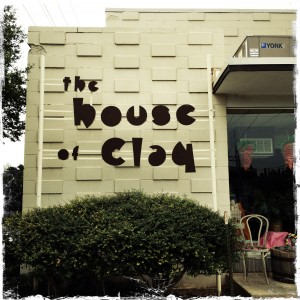 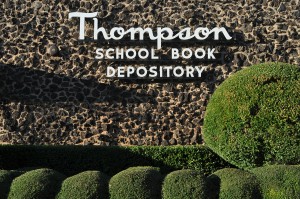 I find these gems in almost every city I visit and will definitely post more I’ve found soon.  In the meantime, here are a couple of resources that you might want to check out.  I really love this little booklet from an photography exhibit in Australia.

Seattle dingbats — have a look here.

Also, OKC native, Ed Ruscha documented many of these iconic buildings in his 1965 book, Some Los Angeles Apartments: