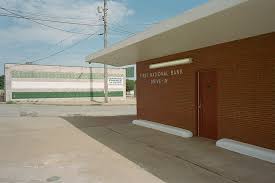 Between June and November of 2018, Jason Lee explored Tulsa and other parts of Oklahoma with his film cameras, creating a new series of photographs for a Philbrook exhibition and forthcoming book. Known widely as an actor (Almost Famous, Chasing Amy) and skateboarder, Lee has also spent the past two decades immersing himself in the art of pre-digital photography. His photographs capture the haunting remnants of the past, often starkly juxtaposed against the enduring landscape.

This exhibition will present a new body of work based on Lee’s Oklahoma exploration. Presenting over 150 new images along with documentation of this process and programming, the exhibition will close with an official catalog produced in partnership with Film Photographic and Philbrook.