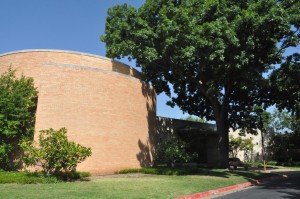 Temple B’nai Israel was founded in 1903 and grew to over 200 families after World War II.  The temple had outgrown its aging building, so Julius and Erna Krouch donated 10 acres of land for a larger temple, and Norman Berlowitz donated his architectural services.  The temple opened in 1955 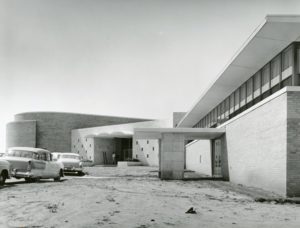 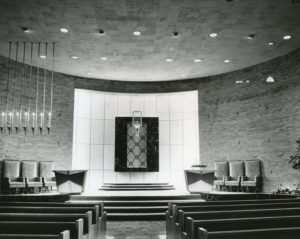 During the time when most country clubs banned Jewish members, the temple became much more than just a place of worship; it was a bustling social gathering place and boasted athletic fields, playgrounds, tennis courts, and a large pool for its members 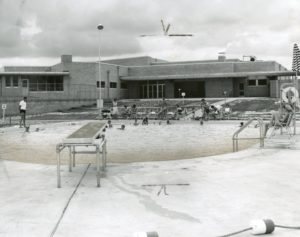