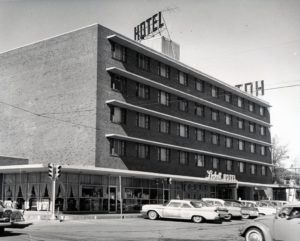 The Locket Hotel was located in the heart of downtown Norman, and the glass-walled first floor contained space for shops and a café, and the remaining four floors consisted of rooms.  At the same time this hotel was being constructed, its sister, the Hotel Dale in Guymon was being completed: 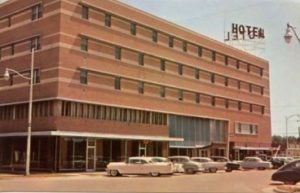 The Hotel Dale has remained largely original and was added to the National Register in 2016: 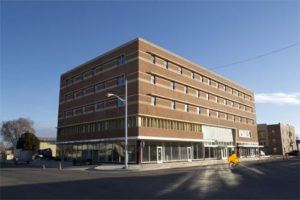 Unfortunately, the same cannot be said for the Lockett, which was converted into an office building several years ago and recently received a questionable makeover that added a pitched roof and odd Swiss chalet elements: 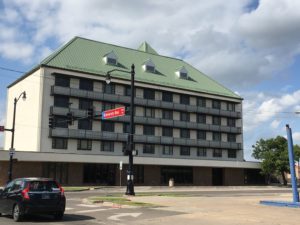