While digging through a bunch of ephemera at a recent estate sale, I found an intriguing document: a program schedule from January 1955 for KWTV, now Channel 9.

Let’s begin with a little history:

The TV station was the brainchild of John Griffin, whose dad, J.T., had started two radio stations, KTUL in Tulsa and KOMA in OKC, in the 1930s.  The new television station went on the air for the first time on December 23, 1953 and initially shared a transmission tower with KOMA until its own tower went into full operation on April 5, 1955 … and oh what a tower it was: 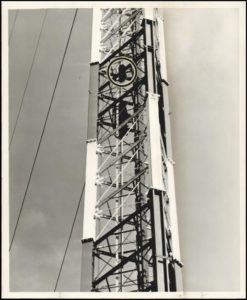 At 1,572 feet, the new transmission tower was the tallest manmade structure in the world at the time.  To give you some perspective, that’s a whopping 300 feet taller than the Empire State Building: 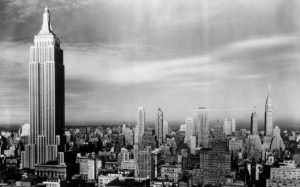 Needless to say, when the tower was completed, it was feted in a big way, as you can see from these congratulatory announcements in the Oklahoman: 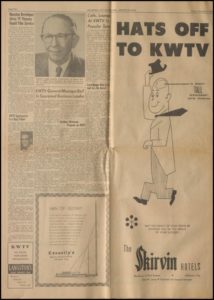 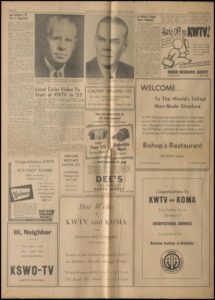 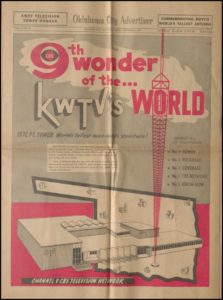 How great is that graphic? 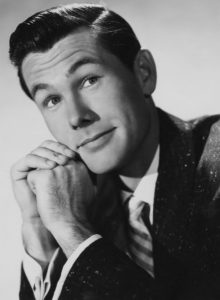 … arrived in Oklahoma to act as master of ceremonies and actress/dancer, Vera Ellen … 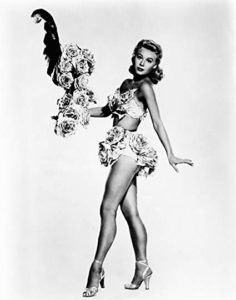 … performed a little dance at the 1,300-foot level landing of the tower.  She was a lot braver than I would be, that’s for sure.

With a tower that size, KWTV — which got its call letters from World’s Tallest Video — could reach an audience that stretched throughout the Southwest.  So, thanks to this marvel of engineering, this programming schedule for the CBS affiliate reached people far beyond Oklahoma City. 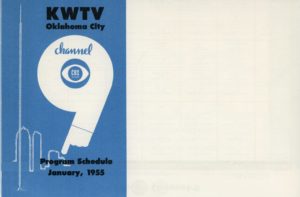 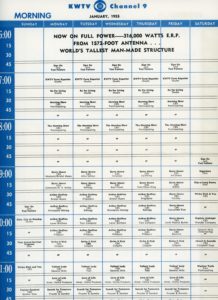 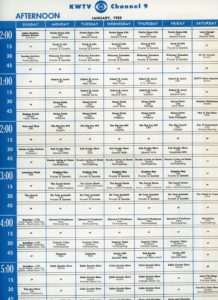 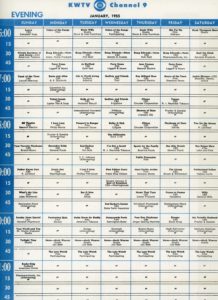 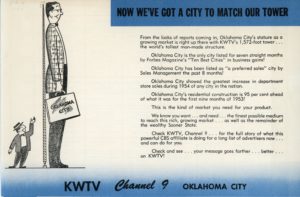 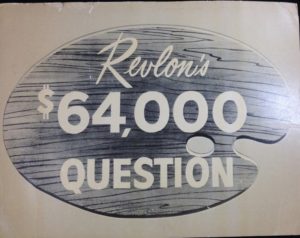 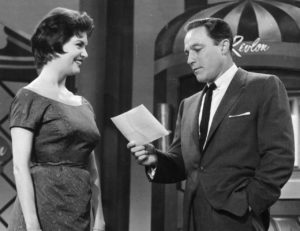 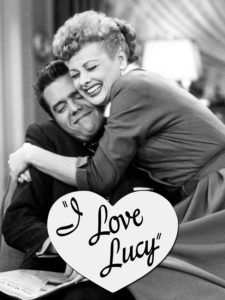 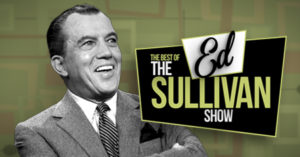 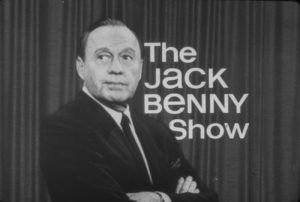 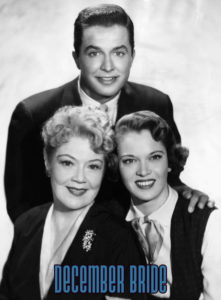 It looks like this show had a pretty mod set: 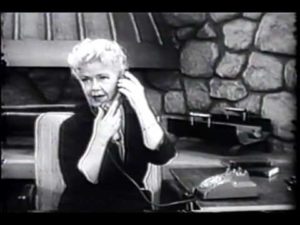 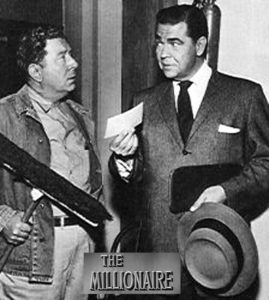 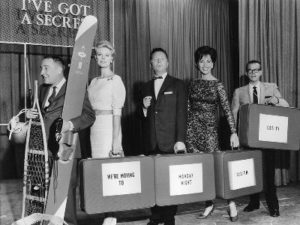 With all of those popular shows, it’s no wonder that KWTV built that giant tower so more and more Americans could tune in and then perhaps rush out to the store and purchase whatever products sponsored each show.  Gotta love that consumerism!

As for the sky-touching transmission tower, it operated for over five decades until the digital age rendered it obsolete and it was dismantled in 2014.

In Memoriam: Buildings We Lost in 2018 … and a few saves On the Market: A Storybook Dream in Quail Creek
Click here to go back to previous page