The Joyce House: A Mod Victorian in Snyder

Resting atop a 25-foot bluff overlooking a rural granite quarry, the octagonal-shaped Joyce House looms large amid ancient boulders and expansive farmland outside of Snyder. 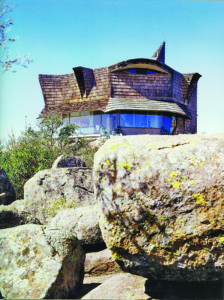 It took four tries for John and Evelyn Joyce to realize the house of their dreams.  Three different times they consulted with architects to design their new home and three different times they were disappointed when the experts returned with plans for traditional, ranch-style abodes.  Then, they met with OU architecture professor and all around creative genius, Herb Greene….

The Joyces had unusual requirements for their new home, which was to be built on land owned by the family quarry business.  During their initial interview with Greene, they expressed their desire to build a home that would compliment their vast collection of stained glass windows, heavy Victorian furniture, and traditional Swedish heirlooms… in other words, overly ornate items that a Modernist like Greene might snub a nose at, which is exactly what he did. In his book, Mind and Image, Greene explains in the third person his initial reaction about the project: “To an architect holding to his share of contemporary dogmas, these objects were at first not a stimulus.  They were seen through his stereotyped codes that tended to deny the value of the “old-fashioned.”

Once Greene got to know the Joyce family and walked the cliff top building site, however, he came to embrace the idea of melding old and new and finding creative ways to incorporate the couple’s collection into the design scheme.  When he returned with his most unusual two-story, heavily shingled design that included a protective carport and pyramidal tower, the Joyces knew they had finally found the right man for the job. 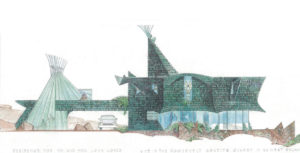 Greene chose an octagonal design for the home as a modern version of traditional, often turreted and shingled Victorian architecture so that the family’s heirlooms would look as if they naturally belonged in the space.  The shape also optimized window space to create perfect, light-filled homes for several of the Joyce’s stained glass windows. 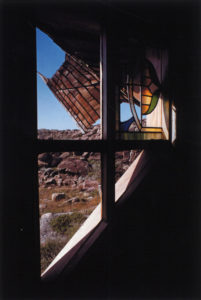 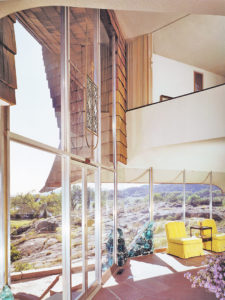 To offset the arid landscape, Greene incorporated an indoor fountain under a sculptural, two-level staircase in the heart of the house to bring in soothing sounds of water.  This, according to Greene, gave the home “mild allusions to a sacred place.” 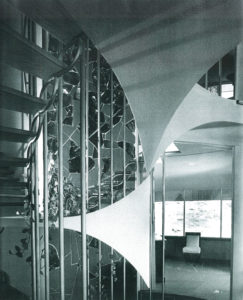 Greene also accommodated John and Evelyn Joyce’s eclectic furniture collection by creating a space for a confessional from Minnesota in the master bathroom, an old hotel barback in a downstairs common area, and Victorian chandelier in the entry. 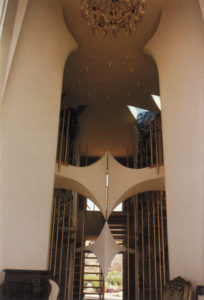 Here’s a modern-day view of the same area taken by Squadder, Ron Brewer: 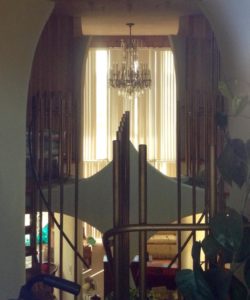 Greene also made space in an interior hall cabinet to hide their piano so that it wouldn’t take up valuable floor space when it wasn’t being used.

The Joyces and a few of their employees constructed the house themselves on weekends and holidays for over two years, and it was finally completed in 1960.  During the same time, Greene also designed a small office building at the bottom of the hill for the Joyce’s business, the Roosevelt Granite Company. 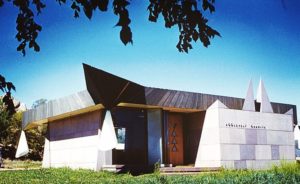 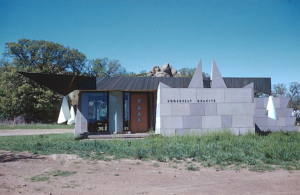 And Ron Brewer’s photos of the building now: 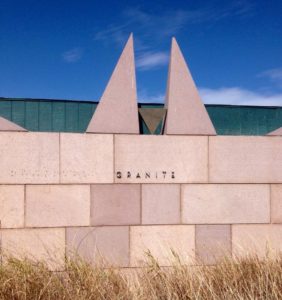 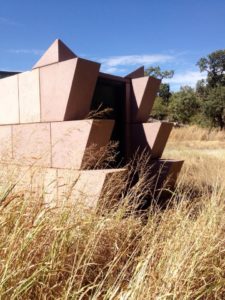 According to Julius Shulman, who took photos of the Joyce House in 1961, the home was “another ‘experimental’ Herb Greene achievement, more modest than the Prairie Chicken, but nonetheless a demonstration of great prolific talent.” 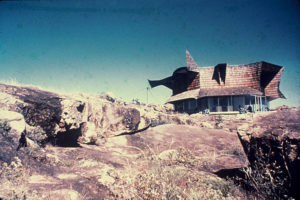 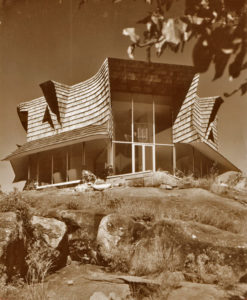 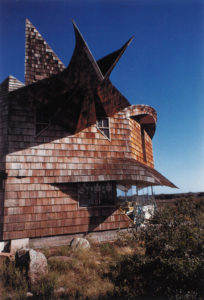 The Joyce family lived in the home until John and Evelyn’s health began to decline in the mid-2000s, but looking like a winged creature awaking and half stretching after a long sleep, the home continues to sit proud and high on its perch taking in the rugged Oklahoma countryside.  It was added to the National Register in 2011. 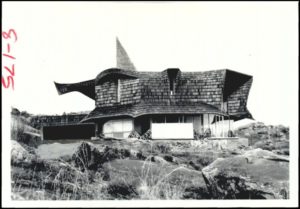 (OPUBCO collection at the History Center)

Not too long ago, Ron Brewer photographed the still-stunning Joyce House and shared a couple of images with the Okie Mod Squad group on Facebook: 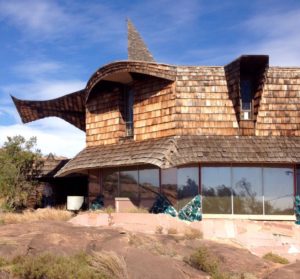 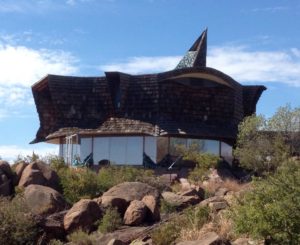 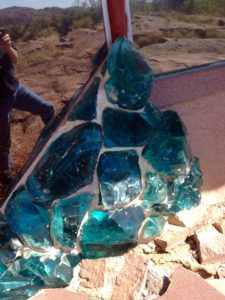 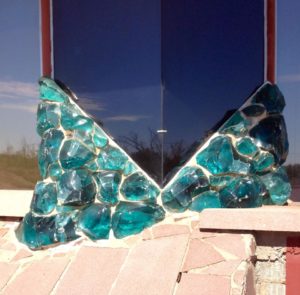 The last time I went through Snyder, I also drove by the house.  The gate was locked so I couldn’t get very close, but both the office building and the home are still looking good: 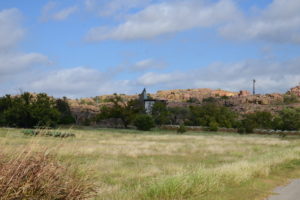 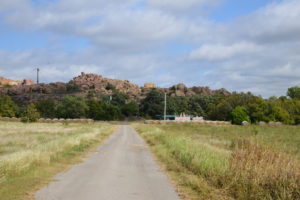 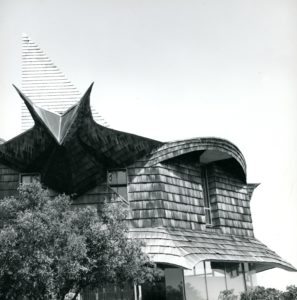 Kress: A Mod Delight in Capitol Hill Classic Cars in the Wild
Click here to go back to previous page