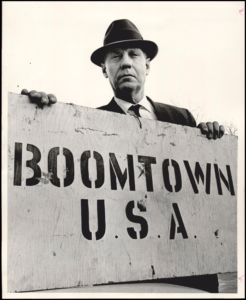 One piece of quirky OKC history that has long fascinated me involves the sonic boom tests that occurred here over 50 years ago.  Yes, our lovely metropolitan area was selected to determine how the sonic boom would affect everyday life, so for six long and very loud months in 1964, Oklahoma City was subjected to loud booms eight times a day.  It’s such a fascinating story, and I was delighted to pick up a little ephemera from that time explaining to an unsuspecting public that multi-times-a-day blasts were about to become their new reality.  It’s good stuff! 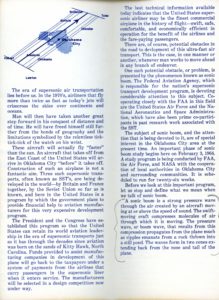 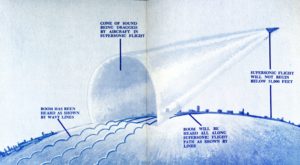 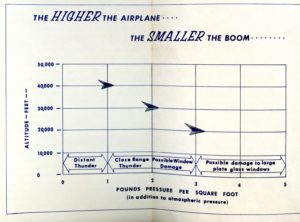 To go along with this brochure, check out this fascinating article about the sonic boom tests by Matt Novak — it’s here .

In addition, looking through the Oklahoman archives at the Oklahoma History Center, I found several images from this time and thought it would be fun to share them with you.

By the early 1960s, scientists and engineers were developing the technology for Supersonic Transport (SST), but the Kennedy administration wanted to test to see how Americans handled the sonic boom that came with that mode of travel.  They were hoping that testing would prove that sonic booms were no big deal and SST planes would be built to carry travellers across the country (and the world) in record times, as this brochure from the SST Museum in Florida shows: 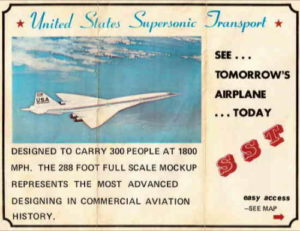 Oklahoma City was selected as one of the lucky cities to undergo six months of booms. The heavy line is the route the flights took over the area:

And a visual of what a sonic boom “looked” like: 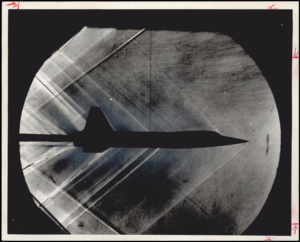 One of the 11 sites where the FAA set up testing equipment to measure the sound and effects of the booms was located in a recently constructed home located at 329 NW 91st St.: 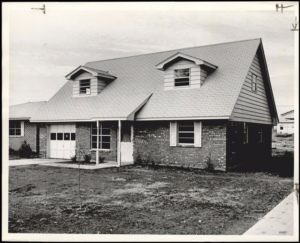 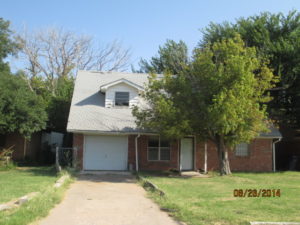 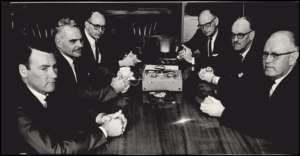 Another home that was used by the FAA to gauge the effects of the booms was located at 919 Kenilworth.  This home was built in 1958, and newspaper reporters were allowed inside to watch an FAA team hard at work monitoring results after a fly over: 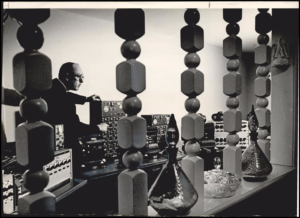 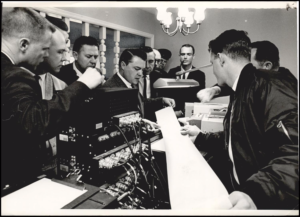 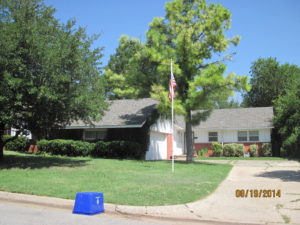 Measurements were also taken at the First National Bank building in downtown: 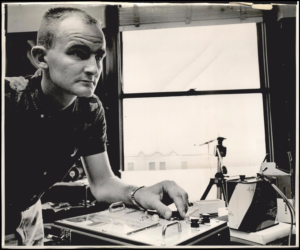 Just a month after the fly-overs began, protesters gathered to demand a halt to the activity: 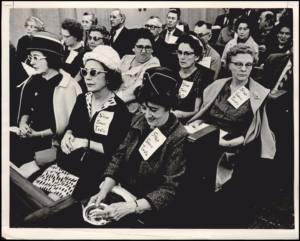 This poor man was blind and worked at a newsstand at the State Capitol.  Every time a sonic boom blasted the area, his terrified seeing eye dog, Fraulein, took off and left him stranded: 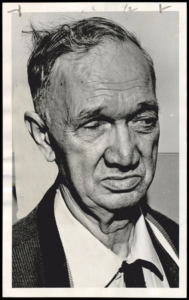 The booms continued, however, and Oklahoma City heard the abrupt, deafening explosions eight times a day.  The shocks were so severe that several residents reported damage of all kinds: 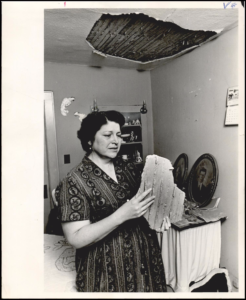 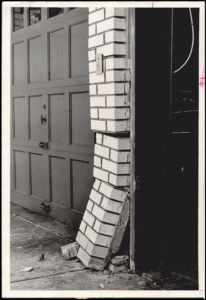 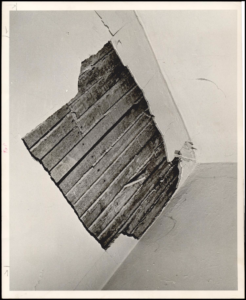 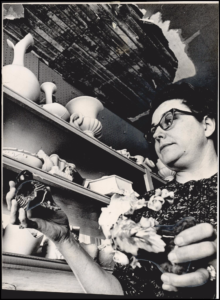 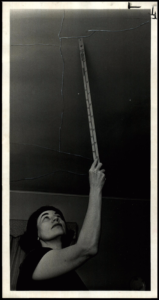 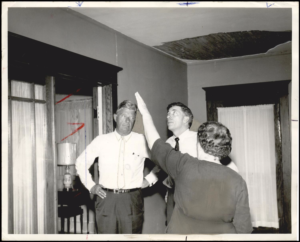 Even the local birds seemed unhappy with the situation and took hasty flight every time a jet flew overhead:

The FAA and crews at Tinker offered tours of the F101 and F104 jets that were causing all of the havoc: 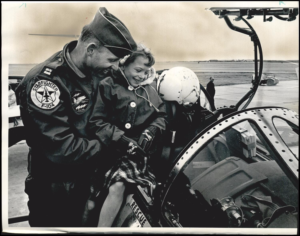 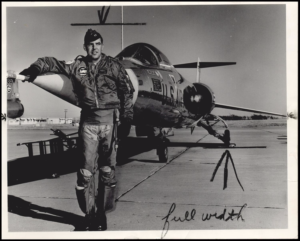 But after 1,253 blasts, people were relieved when the experiment ended on July 31, 1964.  Here, crews at Tinker get the word that the testing was over: 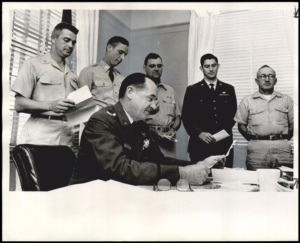 Over the next two years, residents cleaned up the messes that the booms made, while researchers and FAA staff analyzed the data they provided: 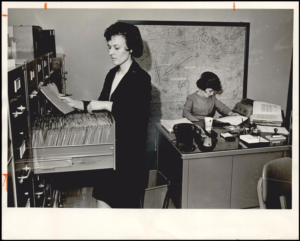 In 1968, the head of the FAA came to Oklahoma City with the news that the testing was inconclusive. 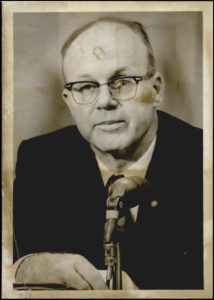 He stated that, “despite U.S. development of a supersonic transport, the FAA has not yet concluded whether the craft’s sonic boom will be tolerable.”  By 1971, the hope for SST travel in the U.S. was dead, although Concord flights would go between the U.S. and France for the next three decades.

In Memoriam: Buildings We Lost in 2017 … and a Few Saves, Too Roadside Oklahoma Through the Eyes of John Margolies, Part 1
Click here to go back to previous page