Each year since 1956, Architectural Record (AR) has compiled the best house designs throughout the country into one fabulous “Houses of (year)” issue.  In 1968, the dramatic Sorey House in the heart of Belle Isle was among “twenty of the finest new architect-designed houses” that year.  The 3,800 sf home was actually built in 1965, and the following are the photos by Tom Sorey, Sr., and the article from the Houses of 1968 issue: 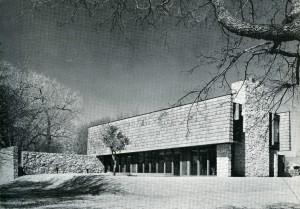 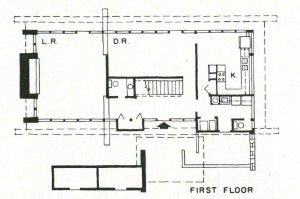 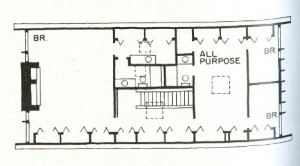 The crisp, clear-cut character of this contemporary house with its series of intersecting and interlocking planes, acquires a comfortable near-traditional feeling by the use of familiar materials.  In fact, from certain angles, the slight batter of the shingled walls of the upper floor give a strong recall of a mansard roof.  Natural, golden brown colors pervade all the materials used: grey-beige stone, light brown shingles, and darker brown-stained trim.  The windows are also in keeping, with redwood sash and bronze screens.  Similar colors and textures are inside: ochre-colored concrete floors, stained cedar walls, and white plasterboard ceilings.  The approximate cost of the house itself was $54,600 (almost $393,000 in 2016). 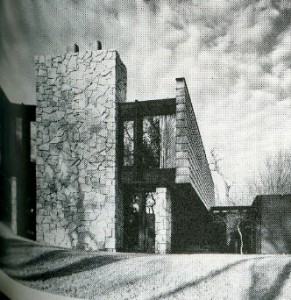 Seclusion and privacy are effectively combined with an expanded sense of space, created by open-plan, glassed-in living areas in this strong and forthright house.  Although natural woods and heavy foliage help screen the site from surrounding suburban houses during the warm months, architect-owner Thomas Sorey, Jr., has carefully integrated story-high stone walls into the design to assure privacy to both indoor and outdoor living spaces. 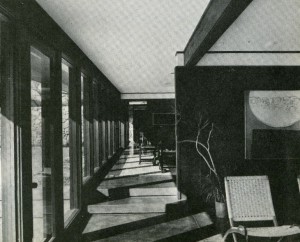 To contrast with all the openness below, the upper, bedroom floor is securely closed-in on the long sides by shingled exterior walls; this unbroken space is banked inside with a plethora of storage closets.  All bedrooms have windows at the ends of the house, while the central (largely service) areas are skylighted.

The plan is well arranged for the family of parents and two small boys, and is devised to permit some changes in future years.  For the present, the young children have an entrance via the utility room, where they can shed dirty or wet clothing and wash without tracking through the house; they also have access to the kitchen dining space without having to go through the major rooms when the parents are entertaining friends.  The boys’ bedrooms are primarily study-sleeping areas adjoining a skylighted playroom. 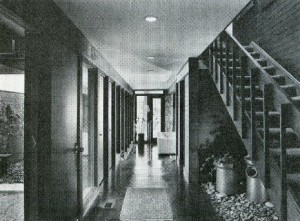 For later years, the boys’ rooms have been built with non-load-bearing partitions which can be totally rearranged as needed.  The master bedroom at the other end of the floor is quite large, and doubles as a sitting room; rough plumbing is provided in one of the closets for a future kitchenette so the children may “take over” the downstairs for parties when they are older.

There’s also an advertisement in this issue featuring the Sorey House: 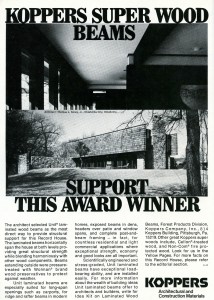 An article about the award-winning home also appeared in the Oklahoman on June 2, 1968 and adds a little more detail about the house and why it was chosen as a Record House (click to enlarge and read):

These photos appeared with the article: 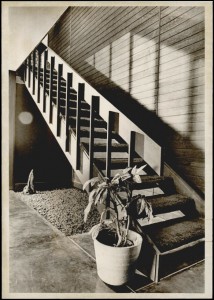 As the AR article states, the home is nestled on a large lot surrounded by trees, so it’s not easy to get a good view of the house in the summer months.  Heck, you can barely see the house in the winter, too, because it’s so protected by its position on the lot and the foliage around it, but here’s a 2011 Tax Assessor photo of the house that shows how pristine and dramatic it remains over 50 years after it was constructed: 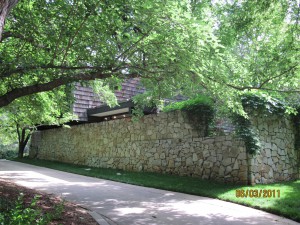 Oklahoma Preservation Conference: Mid-Century Modern Successes and Failures Soon-To-Be On the Market: The Brady Bunch Meets Hugh Hefner in this Swanky Pad
Click here to go back to previous page