If Walls Could Talk: The Kobel House

Recently, Squadder Branson Young asked if I knew anything about the history of his home in the Brookhaven neighborhood: 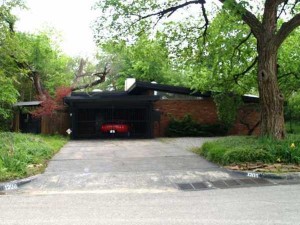 Although I had admired this house for along time, I didn’t know much about it and decided to do a little research.  Here’s what I found out:

The home was built for Glenna Kobel, a Clinton native.  Although she was married for several years, I believe that she and her husband divorced in the ’50s and she resumed using her maiden name, something quite unusual back then.  But Glenna did a lot of things women of her day would have found shocking.  She spent the war years involved in several businesses in Clinton and around the state, among which was owning and servicing over 100 jukeboxes with her husband.  Also during the war years, Glenna began taking flying lessons from Dolly Sauter, one of the few licensed female instructors in the state.  Here’s a photo of Glenna in 1955 standing next to her plane:

After the war, Glenna decided to become a clothing designer and even studied in New York City for awhile to realize her ambition.  Upon her return to Clinton, she set up shop as a designer, but I guess the enterprise wasn’t very profitable because in 1953, she decided to return to college and finally complete the degree she began pursuing before dropping out to get married in 1935.  This time, she finished and graduated with honors with a Home Economics degree from Southwestern Oklahoma State University in 1955.  She then got a job at OG&E, moved to OKC, and built her dream house in 1961.

Glenna spent the rest of her career in OKC working as a Home Economics consultant for OG&E and became quite a popular lecturer to women’s groups on a wide range of topics — here are some of her lecture titles: Decorating with Xmas Lights, Building/Rebuilding an Electric Home, Interior Lighting Options, and Lighting in the Home and Garden.  Apparently, she won several awards for her indoor and outdoor lighting schemes, which she put into practice in her own home, as this Oklahoman article from 1967 attests: 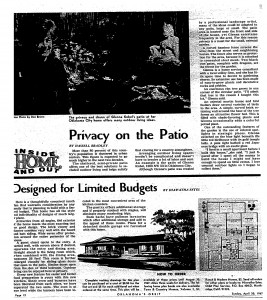 Glenna loved her home and made it a real indoor/outdoor oasis.  Here are two photos of her in the living room in 1974: 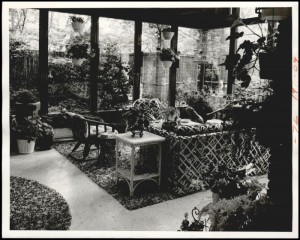 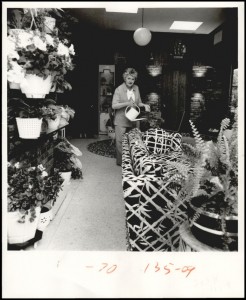 The extraordinarily independent and daring Glenna died at the age of 78 in 1995, and her house promptly sold to its next caretaker.  Sometime in the early 2000s, the home underwent a major renovation and makeover.  According to Brandon, “the original tar and gravel roof was removed and a white membrane roof was installed, the interior of the house was stripped down to the studs and the entire place received spray foam insulation, all new electrical service, panel and distribution wiring was installed (all switch boxes and outlets are in plastic boxes now, the wiring itself is all yellow coated romex).”  Sadly, the original terrazzo floor was removed so that new ductwork could be installed, “along with a hydronic radiant floor heating system,” and many other mid-century details were lost in the renovation, too.  Even with the remodel, the house remained a great and very modern space.

Branson says that a new owner bought the home in 2005 and quickly ran into some legal and financial trouble that was only compounded when others became involved and everyone began suing everyone else.  There were even some suits regarding the kidnapping of someone’s dog, Branson told me.  During these tumultuous years, the house sat empty and the elements slowly began to reclaim it.  All of the 11 skylights were taken out by storms, birds and squirrels moved in since no one else was living there, and the bamboo that was once carefully kept at bay by Glenna now began to engulf her dream house.

Finally, in 2013 Branson came to the home’s rescue and bought it at a sheriff’s sale.  Since then, he’s worked diligently to repair and restore the beauty in Brookhaven.  He says, “Fortunately the sealed concrete floors and the stainless steel reveal base on the walls prevented more damage but most of the seams in the sheetrock had given way and so the entire house had to be retaped, mudded and textured.  Here’s what the house looked like before it was left to rot: 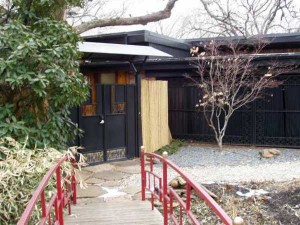 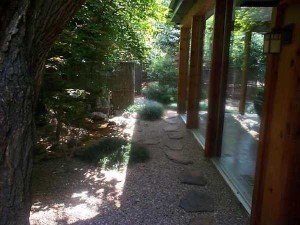 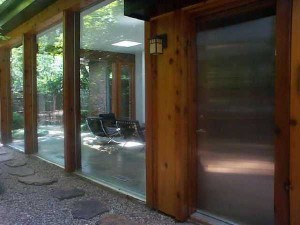 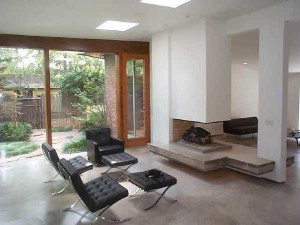 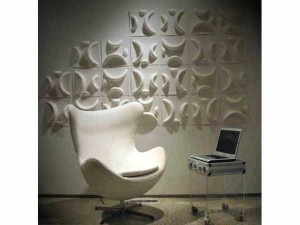 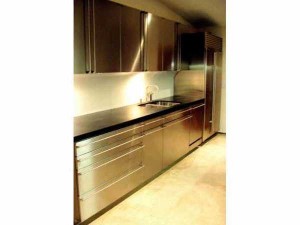 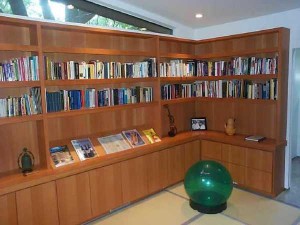 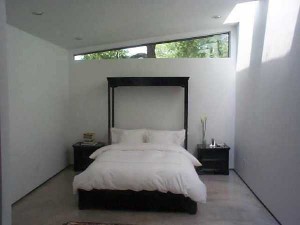 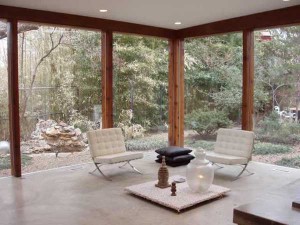 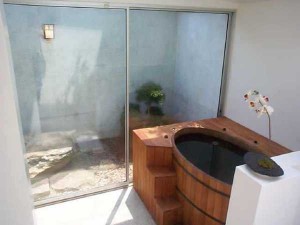 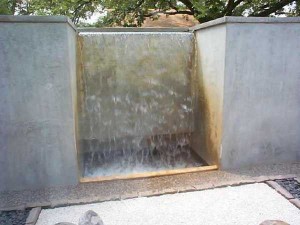 Thanks to Branson’s ongoing efforts, the home is well on its way to looking like this again.  He still has a long way to go and says, “We have put some major work into the interior and are now starting to work our way around the outside of the house as well….  On the exterior of the house, there are several places where something was attached to the walls.  Maybe some kind of trellis work or something?  I’m not sure.  But that’s what I was originally trying to find … (because) I would like to try to restore at least some of the original character.”

He’s looking for photos of the house before all of the remodeling occurred, so if any of you can help with that, please let me know and I’ll put you in touch with him.

Also, if you have an interesting history associated with your home, we’d love to share it on the Mod Blog.  Thanks, Branson, for reaching out and letting all of us learn the history of your house and see how beautiful it is today.