In my quest to find great vintage photos, I often stumble across images of buildings and houses that, try as I might, I just can’t identify, so I thought that maybe you very knowledgeable Squadders might be able to solve a few mid-century mysteries that have been teasing me for awhile.

First up is this beauty: 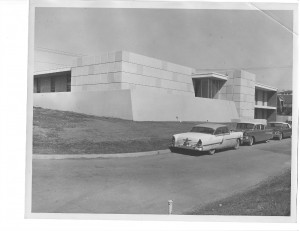 Although I’m almost 100% sure this fortress-like structure was somewhere in Oklahoma City, it doesn’t look familiar at all.  Can any of you identify it?

Here’s one I know the name of but haven’t been able to locate because it isn’t listed anywhere (phone books, Oklahoman) by name.  It was also here in OKC and called the Con-Arc building (for Construction – Architecture, I think), and these photos were among many that architect/photographer Bob Bowlby sent me awhile back.  You’ve gotta love infrared! 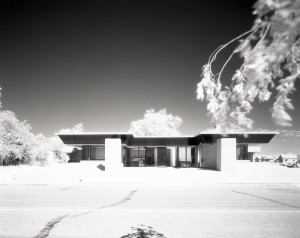 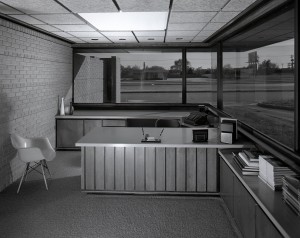 I don’t know where this building is, but I think I could camp out in that bright, modern workstation FOREVER!

This next batch of photos was tucked away in an old box buried under piles of goodies at a local antique store, so I’m assuming that this great house is somewhere in the Metro or at least in Oklahoma.  To me, the home looks very much like a Raymond Carter design with all of the screens and natural rock, but who knows … maybe you do! 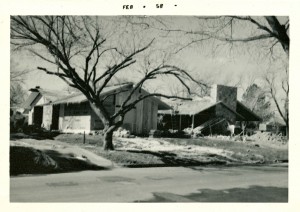 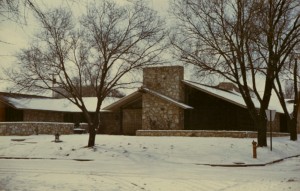 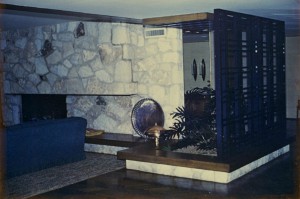 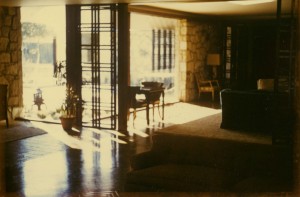 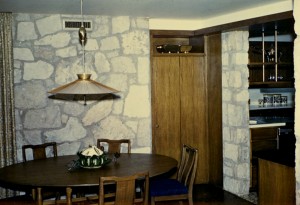 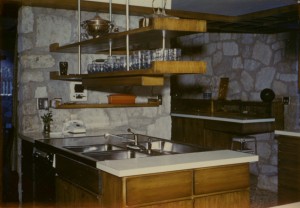 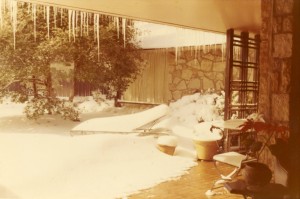 So, how dreamy is this great abode?  Here’s a last image with one of the possible homeowners looking oh-so-Jackie Kennedy and the house’s rock and screen in the background: 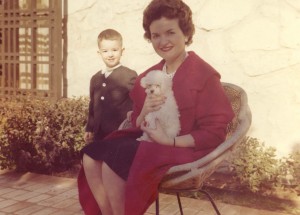 Although this building is located in Ponca City, one of you might be able to ID it.  What I know about this Streamline stunner is that Dow Gumerson designed it for Roy Norris, and it was a small apartment building constructed sometime in the early 1940s.  Look familiar? 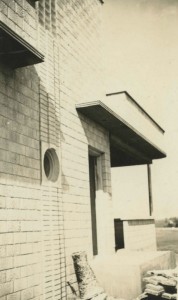 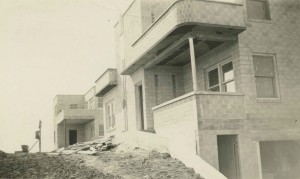 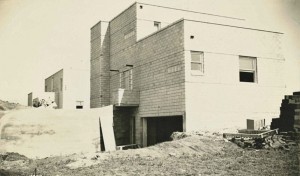 If you recognize any of these great buildings, let us know.  Each person who guesses correctly will receive a surprise!

I’m happy to say that the Mod Squad has come through once again by identifying two of the mystery buildings shown above.  Bret ID’d the lovely Streamline houses in Ponca City, which are located at Hartford and 14th (on Hartford just west of that intersection), and Ric easily pegged the Con-Arc building as the now-named Terry Neese Personnel Services building at 2709 W I 44 Service Rd, Oklahoma City, OK 73112.  It looks like the new owners are taking excellent care of the offices, which is always happy news.

Both Bret and Ric are going to receive prizes for their efforts, but we still have two structures in the post that need to be identified and two more prizes to give away.  If you can identify the bunker building or the house, head over to the Mod Squad Facebook page and let us know!

The mystery house is definitely a Raymond Carter design and is located in El Reno.  The owner contacted me to say that the house is in excellent condition and maintains most of the features in these photos.  Good news!

The Mod Squad Travel Guide: 10 Things to See and Do in Denver On the Market: The House of Good Taste
Click here to go back to previous page