OU School of Architecture: Style is the Ultimate Morality of the Mind, part 2

Last week, you caught a glimpse of some of the goodies in a small-but-gorgeous brochure produced by the OU School of Architecture for prospective architectural students.  We wrap up our look at this ’60s-era stunner this week with a look at more student work.

NOTE:  All brochure text is in italics. 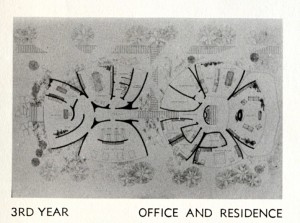 Three sketches of the proposed Cowboy Hall of Fame: 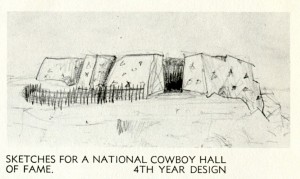 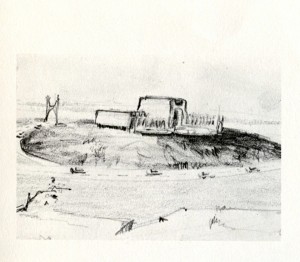 This one reminds me a bit of the proposal Bruce Goff did for the Cowboy Hall of Fame (the famous horseshoe design): 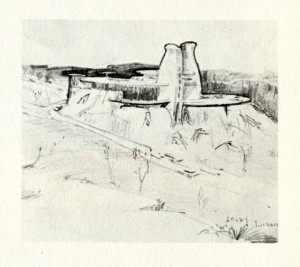 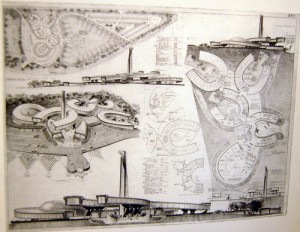 (Wow!  How amazing would it have been to attend lectures given by these architectural giants?)

In addition to lecturers, the student organization of architects sponsors a Fine Art Film series.

Here are more student drawings in the brochure: 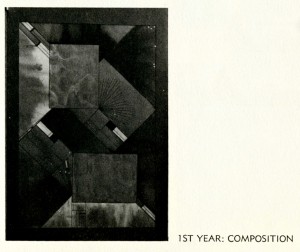 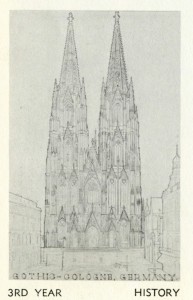 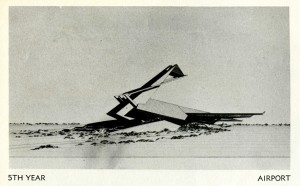 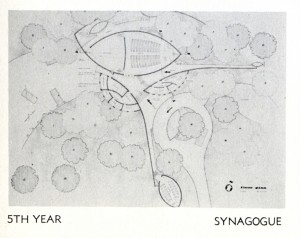 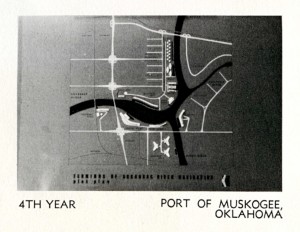 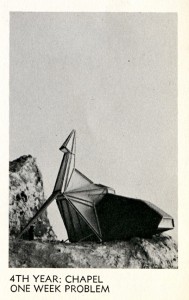 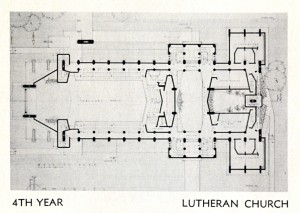 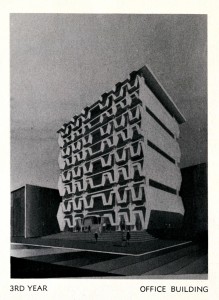 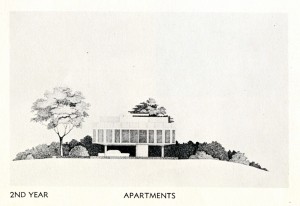 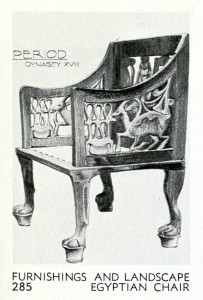 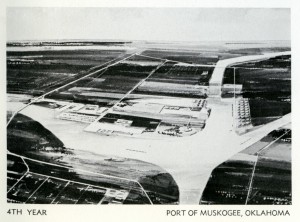 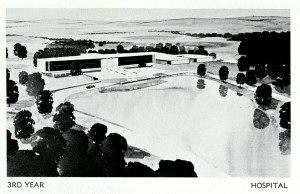 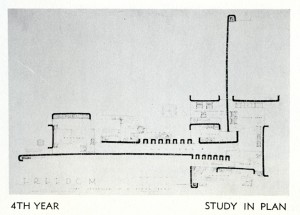 How great would that apartment complex be? And that sexy geometric office building?  I find the plans for the Port of Muskogee project very interesting, too.

Finally, here are the professors who were teaching when this brochure was produced (sometime between 1962 and 1964, I’m thinking):

James Palmer Boggs — Reg. Engr. & Archt.  (He was Goff’s structural engineer on many projects and was well known for his rammed earth designs.  The home he designed for himself in the Wetzler sub-division in Norman is a mid-century modern delight tucked into the woods next door to Goff’s Corsaw House.)

Robert L. Dillon — Reg. Engr. (He worked as the project manager of the Technology Space Center at Southeastern Oklahoma State University in Durant throughout the ’60s.)

Mendel Glickman — Reg. Engr. & Archt.  (As mentioned last week, Glickman worked as FLW’s chief civil engineer on many of his projects, including Fallingwater, the Johnson Wax Building, and the Guggenheim Museum.)

Herbert Greene — Reg. Archt.  (One of the best organic architects out there, Greene is famous for his Prairie Chicken house in Norman, the Cunningham House in OKC, and the Joyce House in Snyder.)

Richard N. Kuhlman — Reg. Archt.  (Kuhlman was OU’s architect throughout the ’60s and designed several campus buildings, including working with other area firms to create the Center for Continuing Education complex, all of which is now on the National Register.  Also, he designed the Neely House that we profiled on the Mod Blog a few months ago — see here https://okcmod.com/?p=3301.)

Joseph E. Smay — Reg. Archt.  (Smay was OU’s first Dean of Architecture in the ’20s and designed many of the school’s more traditional buildings, like Richards Hall and Adams Hall.)

John G. York — Reg. Archt.  (As we mentioned last week, John G. York was the Dean of the School of Architecture for most of the ’60s.  He designed several buildings in the Rio Grande Valley in Texas, where he practiced before moving to Norman, and once at OU, he designed all kinds of commercial and residential structures here in Oklahoma.  He’s another architect we’ll be profiling on the Mod Blog soon.

William Kaighn — Reg. Archt. (Kaighn set up a practice in Norman and designed everything from the Dorchester Apartments here in OKC to the Sam Noble Museum in his hometown.)

OU School of Architecture: Style is the Ultimate Morality of the Mind, part 1 Happy Holidays, Mod Squad Style — 2013
Click here to go back to previous page