Mid-Century in the Big Apple

I recently took another vacation in my series of architectours. I like to hit places that have famous mid-century modern structures and it’s a bonus when I can go when they are also having home tours. My first stop on this adventure was New York City where I had gone to see a concert and some old friends.

After the concert Saturday night, I walked a few blocks north to visit one of the most well known mid-century sites, Lincoln Center. These structures are lovely during the day, but really are magical at night. The New York State Theater, finished in 1964, was designed by Philip Johnson. 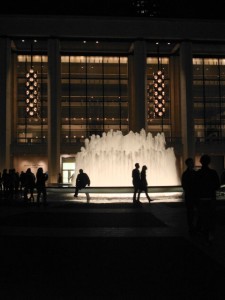 The Metropolitan Opera House, finished in 1966, was designed by Wallace K. Harrison and has lobby murals painted by Marc Chagall. 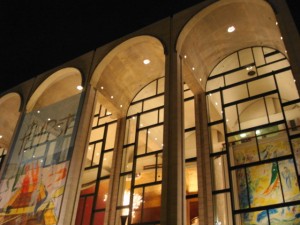 On my Sunday walk, I came upon the Maritime Hotel on 16th Street and Ninth Avenue. This wonderful building (one of a set of three) was designed by Albert C. Ledner and built in the mid-60s for the National Maritime Union of America. It is one of my favorite Manhattan structures and I found out you can get a queen room for as little as $200 a night if you’re there off season. 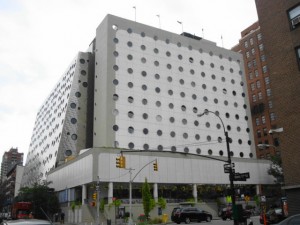 I hadn’t been to MOMA in decades, so I spent an afternoon there. Along with the expected amazing modern works of art, they had a small section on the history of plywood furnishings. 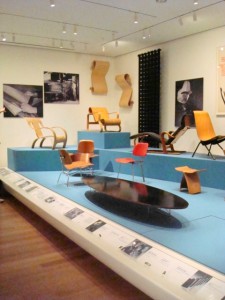 However, the most surprising and exciting exhibit for me was “Century of the Child.” From the arts and crafts era to the present some of the most brilliant designers were represented in this homage to designing for children. From high chairs to toys to experimental schools it was one incredible piece after another. But I was blown away when I turned a corner and saw a Bavinger House rendering from the Chicago Arts Institute archives. Accompanied by pictures from magazine articles, the placard spoke of how exciting this structure was for a child to grow up in and how all the elements would nurture creativity. I must say it struck a rather raw nerve and I wanted so badly to get on my soapbox and tell everyone there that the child raised in this wonderful home is now dismantling and selling it piecemeal.

Though this exhibit did not allow photographs, I got a postcard of the charming mural Juliet Kepes painted for her daughter’s playroom that had been recreated there. The parents had made other items for the room like a clock with removable cork balls and a tree trunk (an access ladder for the bunk bed) to encourage learning and imagination. 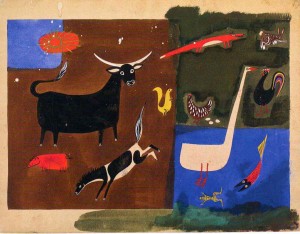 Next week — Part II: My Pilgrimage to Fallingwater